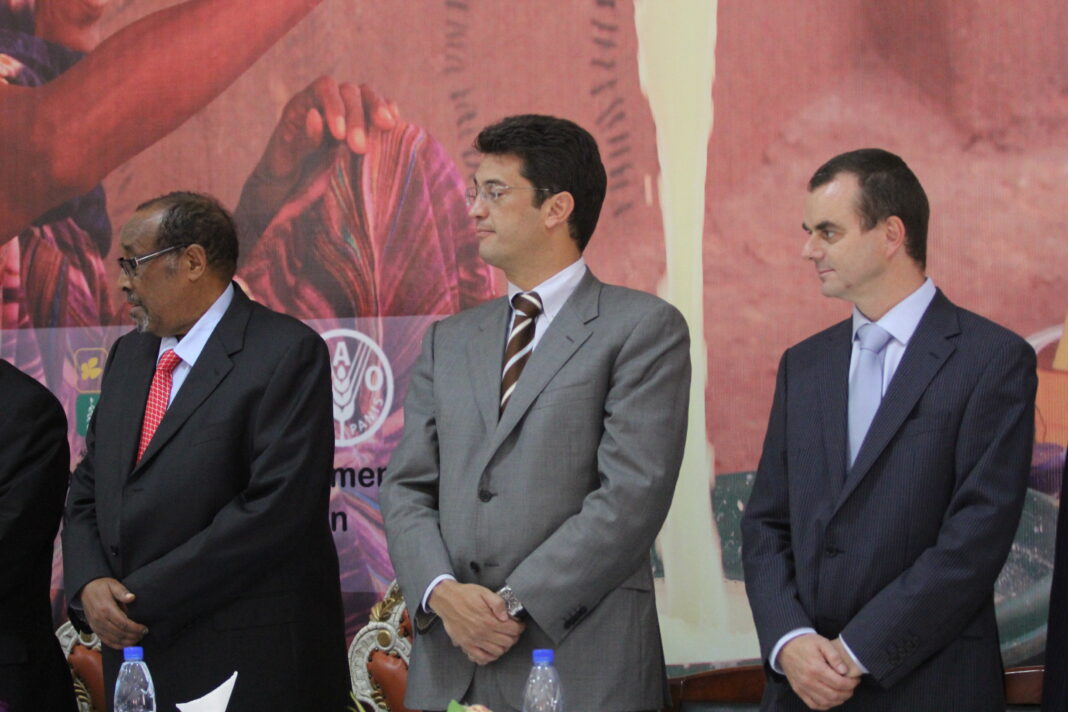 Mogadishu (HAN) May 2, 2014 – Somalia was the hardest hit by extreme drought in 2011 that affected over 13 million people across the Horn of Africa, with famine zones declared in large parts of the war-ravaged south.
War and delayed rains in Somalia are putting thousands of lives at risk, especially in areas where African Union troops are battling Islamist extremists for control, the United Nations said Friday.
Seasonal rains crucial for farming and usually lasting from April to June are yet to start in key southern areas of Somalia, as well as in far northeastern regions.

Grain futures (WFP) are mostly higher this week, posting a little recovery from steep losses suffered last week. While weather dominates much of the talk today in the Horn of Africa, events from Washington to Ukraine could spill over into another uncertain weekend for regional grain consumers.
If rains fail this month, “combined with sustained insecurity, we might see new levels of crisis unfold,” said Daniel Molla, chief technical advisor from the UN’s Food Security and Nutrition Analysis Unit (FSNAU).

“Delayed rains, rising food prices and persistent insecurity in Somalia is likely to worsen the country’s food security situation in the coming months,” FSNAU added in a statement, with more than 850,000 people requiring “urgent humanitarian assistance”.

Over 200,000 children aged under five are “acutely malnourished”, with more than a quarter of those assessed as severe cases who “face a higher risk of death”, FSNAU added.

Somalia was the hardest hit by extreme drought in 2011 that affected over 13 million people across the Horn of Africa, with famine zones declared in large parts of the war-ravaged south.

Almost 260,000 people, half of them young children, died of hunger during the 2011-2012 famine, according to the UN, which admitted it should have done more to prevent the tragedy.

The UN said that warnings that began two years earlier had not triggered “sufficient early action.”

Somalia, ravaged by nearly uninterrupted civil war for the past two decades, is one of the most dangerous places in the world for aid workers and one of the regions that needs them most.

During the 2011, most of the famine-hit areas were under the control of the Shebab, and the crisis was exacerbated by their draconian ban on most foreign aid agencies.

While Al-shabaab  Islamists still control vast swathes of the Southern  countryside,  AMISOM troops have since seized a string of towns from the gunmen. source Al-ahram

Somaliland food sector: the European Union, together with its implementing partners ICIPE and FAO, launched new milk sector project in Hargeisa that will support Somaliland’s food security and local industry.

Somaliland is currently importing the majority of its milk as powdered milk, in order to meet this increasing demand. However, with an economy largely based on livestock, the region has the potential to increase its local fresh milk production, mainly from camels and cattle, and to produce 80% of its consumption needs. With an investment of 4 million EUR, the EU intends to support the sector’s value chain by focusing on institutional and sector capacity building, on animal health and on new marketing methods, also for women milk vendors. It should also put an end to the widespread milk losses caused by poor handling along the value chain.