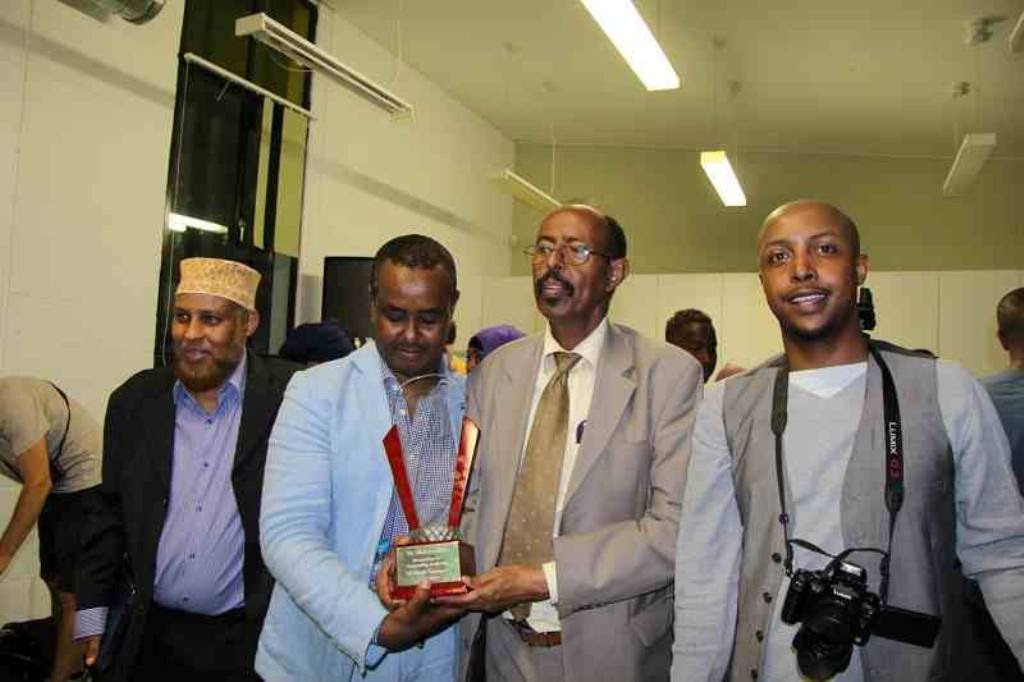 London (HAN) June 25, 2014. Updated Social Issues.  Geeska Afrika Online Editorial.  The Home Office distributed Information leaflet about the classification of Khat as a Class C drug. Khat will become a controlled Class C drug on 24 June 2014. These factsheets provide straightforward information on the reasons for the Khat ban: penalties for use; where to go for advice and support; They are available in Amharic, Arabic, English, Somali and Swahili, for use by individuals and local, voluntary or other organisations.

Michelle Brooks of BBC Facebook Note, “So very pleased for the Somali people of the United Kingdom today who have won their freedom from the drug that has decimated their communities for the last 20 years. Well done Abukar Awale your strength and determination has been an inspiration and absolutely necessary. Good campaigning, good geographical research and a change in law.”

Mr. Hugh Barnes sent this note: Never mind about salmon fishing in the Yemen. Reverse the process of cultural transplantation and you get khat-chewing in the UK, which may sound like an equally harmless minority pastime, but not if you’re a Tory drugs tsar (or tsarina). The shadow communities minister Sayeeda Warsi announced last week that a future government led by David Cameron would outlaw chewing of the psychotropic shrub Catha edulis on the grounds that its juices addle the brains of Yemenis, Somalis and Ethiopians who are living in this country.

The idea of such a ban poses a challenge to Britain’s ruminating multiculturalists. Is it an overdue reform of drugs policy, bringing us into line with international orthodoxy on public health? (In the US, for example, khat is classified as a schedule-one drug as it contains the amphetamine-like chemical cathinone.)

Or is it another draconian attack on our civil liberties? Khat is a narcotic leaf that has been chewed for centuries in the Arabian peninsula and parts of east Africa. Khat-chewing is as socially acceptable in Yemen today as smoking was in Europe or America a generation ago, except that it’s even more of a national institution. Farmers chew khat to fortify themselves for a long day in the fields. Students often use it to sharpen their minds before exams, while for members of the political elite it serves, to some degree, as a substitute for the alcohol that is denied by Islam. No Yemeni cabinet meeting is said to take place without it.

The ancient Romans called Yemen “Arabia Felix” because it was the home of frankincense and myrrh. Nowadays, the happy hours begin at lunchtime when the country more or less grinds to a halt and everybody heads home clutching bundles of khat leaves. Connoisseurs refer to “storing” rather than chewing khat because they deposit the mush in their cheek to help absorption into the blood. Among the comical sights of late afternoon in downtown Sanaa are the green teeth and distended cheeks of serious khat chewers, packing wads the size of golfballs.

Until recently it was a uncommon sight in the west. Immigrants from the Red Sea had to make do with coffee, another Arabian plant that induces a mild increase in concentration and well-being, because the leaf, unlike the bean, doesn’t travel well. The amount of cathinone in khat is minuscule – about 36 parts per 100,000 when freshly cut. However, once it has been cut, the cathinone breaks down rapidly and after a week is only a hundredth of its original level. Khat must be chewed within days or it loses its potency.

Air transport now means that khat is available in the corner shops of London, Bristol, Birmingham, Sheffield and Cardiff. Indeed Baroness Warsi claims that seven tonnes of the plant arrive in Heathrow every week.

Baroness Warsi takes a less romantic view of the magic plant. She claims that it is addictive and carcinogenic, although the scientific evidence is ambiguous. Admittedly, khat-chewing can trigger paranoia, hallucinations and constipation. (During a short-lived ban on khat imposed by the former Marxist regime in southern Yemen, sales of laxatives fell by 90 per cent.) But so can other things. Many Somali women living in the UK apparently support the ban, which they hope will stop their husbands tripping all night and snoozing all day, instead of job-hunting. Yet, criminalising the unemployed sounds rather more like an old Tory policy than a new one.