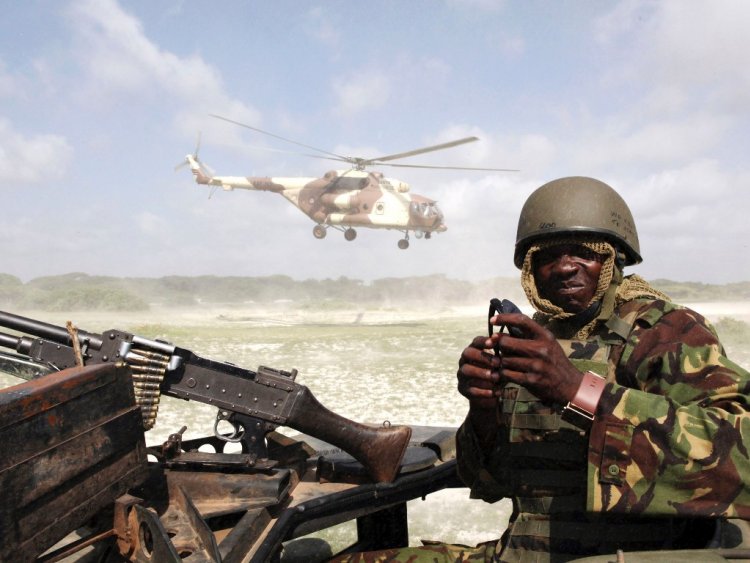 MOGADISHU (HAN) February 19, 2016 – Public Diplomacy and Regional Stability Initiatives News. Kenya and Ethiopia have offered to give helicopters to Amisom troops in Somalia for use in the war against al Shabaab militants.

The details are being worked out as the UN Security Council authorised 9 utility helicopters and 3 attack helicopters in its resolution 2036 of 2012, African Union Peace said.

“The Amisom deployment model requires contingents to deploy with their own equipment,” AUP noted in a statement on Thursday.

“They are then compensated by the United Nations via a logistical support package to African Union Mission in Somalia.”

The helicopters will help alleviate hindrances soldiers have encountered, due to lack of air support, in the fight against the terror group linked to al Qaeda.

The aircrafts are to come from troops-contributing countries. Uganda had pledged four choppers butwithdrew after three of them crashed into Mt Kenya en route to Somalia in August 2012.

The jet fighters the Kenya Defence Forces has been using for airstrikes are not under Amisom operations as the mission is not allowed to use fixed-wing aircrafts.

The KDF reported on Thursday that it killed Mohammed Karatey aka Mahat Karatey, who headed al Shabaab’s intelligence wing, in a major strike on Nadaris camp in Somalia last Monday.

This raised questions on whether troops serving in the force could have carried out the air strike as Amisom, though authorised to have up to three attack helicopters, has none.