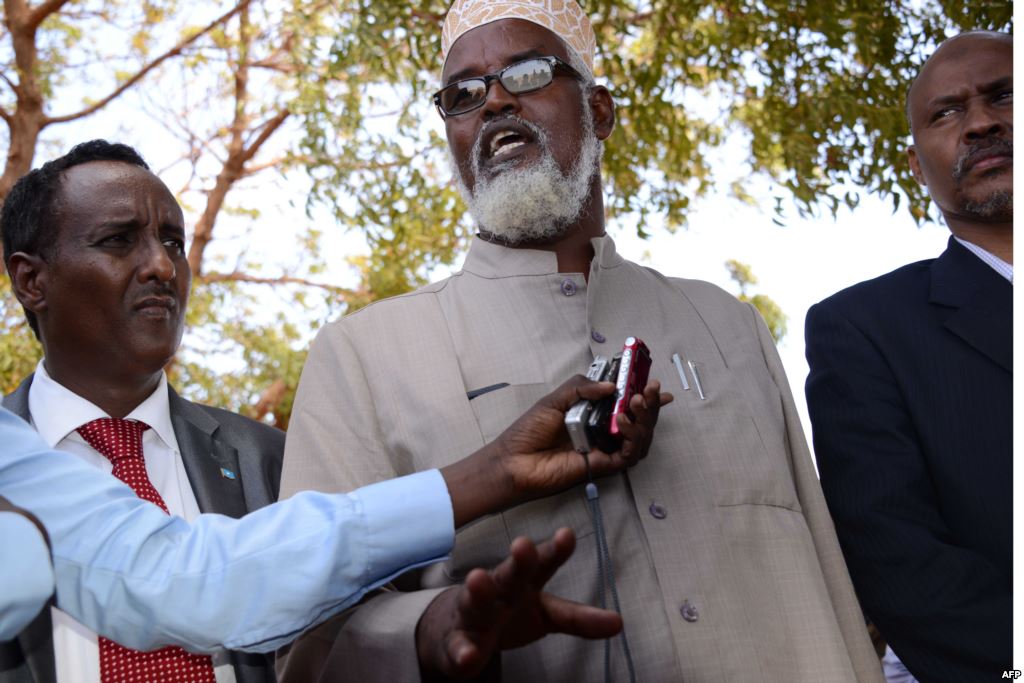 The administration security forces have told the press that the two men were caught in the act.

“They are under the security forces custody and will be brought before court of law,” said Abdinasir, Jubba interim security officer.

The Al-Shabaab  men were suspected to be members of the Somalia’s Al-Qaeda affiliated militants operating some parts of the Southern Somalia. Kismayo, the capital of Jubba Interim administration has recently experienced calm, after regional tribal leaders agreed to reconcile their differences, according to the Vice president of Jubaland Authority Abdulqadir Lugadheere.

Photo: Ahmed Mohamed Madobe, leader of the Jubba interim administration, speaks during a meeting for the creation of a State of Jubaland in Kismayo

ya, Oromo, Amhara, Somali, Afar and Harari. Plus, we have daily translations from 150 major news organizations in the Middle East and East African regions. Contact at news@geeskaafrika.com