Home frontpage Somalia is largely peaceful and ready for business 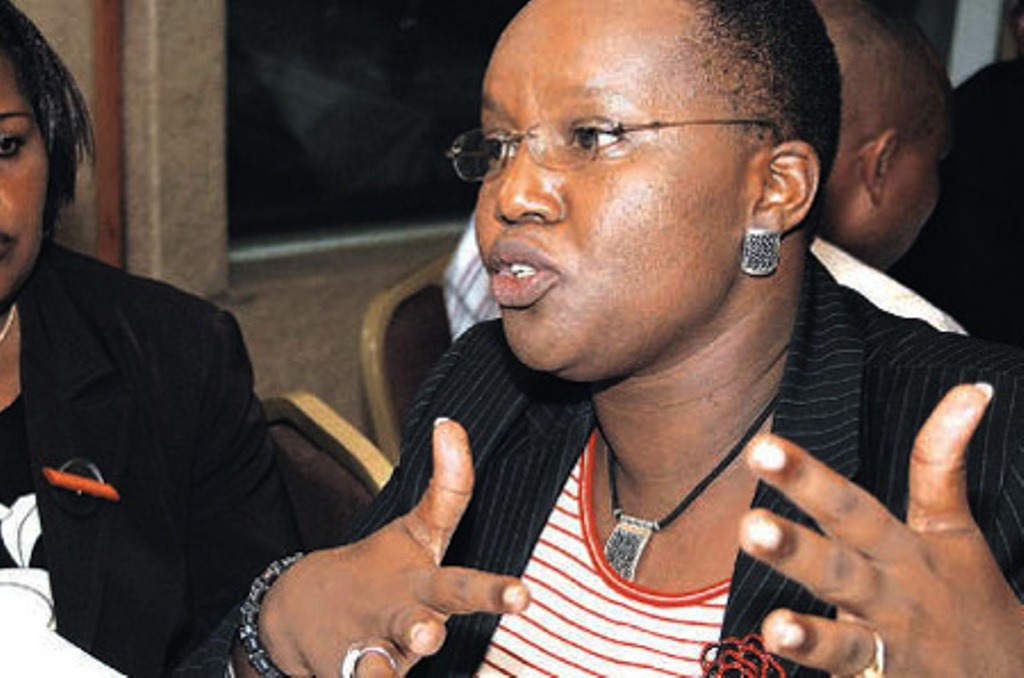 Wanyoto-Mutende has been the acting head and has toured Somalia. In Kampala last week, she spoke to Benon Herbert Oluka about the situation in Somalia.

As DSRCC,  what exactly do you do?

I also coordinate that with the international community. We also have some UN resolutions which we are implementing on behalf of the African Union.

Two months into the job, what are your impressions of the situation in Somalia?

The impression I got is that Somalia is largely peaceful because there is activity in many areas which the federal government of Somalia and Amisom have cleared of al-Shabab. Life has come back to normal and people are going about their business. Somalis are very good businesspeople; they are beginning to put up shops and you can see a lot of ships docking at the coast.

When an area has been cleared of al-Shabab, people are resettled and there is an interim administration, you know, like the Local Council system [in Uganda]. Then we also come in and try to support with what we call ‘quick-impact projects’ – water, health, education and road infrastructure.

We begin with our own troops because among our troops we have professionals such as medical doctors and engineers. They are the ones who start the work; clearing the ground, treating people…

We have been able to do an assessment and, now, where al-Shabab is remaining is near the sea. That is why the next offensive, which is starting this month, is called Operation Indian Ocean, so that we completely cut off its training opportunities, camps, and supply routes on the sea because they have access to refill with food and ammunition.

[So], largely, Mogadishu is clear, Kismayo is clear, Beltrain is clear, Dobley is clear.

Uganda is many times accused of going to pacify troubled countries and then losing the business initiative to other countries. Are there Ugandan businesses that have taken root in Somalia?

From the perspective of Somalia — you know I don’t speak for Uganda; I speak for the African Union — they have run out a robust campaign beginning with their own diaspora community. When you see the remittances from the diaspora, it tells a big story of peace or business.

The obvious indicator is that countries that want to do business in Somalia already have presences of embassies. Uganda has already established a high commission with an office, they are issuing visas and they are networking in engaging the government in Somalia.

Amisom currently has a target of minimum troop strength of about 24,000, which it has not met…

I cannot say the figure now because they have been reviewing as recently as two weeks ago.

For long, Amisom has operated an under-strength force. How does Amisom cope?

I cannot now speculate because since I joined the mission, there is more focus on the strength of the Somali National Army (SNA). There is going to be a lot of work focusing on what the African Union can do for the national institutions, including security agencies of the government of Somalia to take charge. That is the tone now of the discourse.

In terms of strengthening national institutions in Somalia, how much is Amisom doing? What changes are you noticing?

It is progressive but it is also two-fold. On one side, there are those that just need refresher training and they work alongside Amisom. If there is an offensive, Amisom forces will go with their Somali counterparts. With the police, it is the same.

On the middle side, there is a lot of support for the government to pass relevant laws and to help the reforms because, at one point, there was stagnation. They are also looking at conducting the next general elections under a democratic process.

You were recently quoted saying Amisom had set a withdrawal timetable…

Actually I never said that but the New Vision quoted me out of context. The government has a parliament. They want to do some constitutional reforms; they are doing their federal government bills and building the governance structures, and run elections by 2016… That is what I was explaining but it was misinterpreted.

So, what exactly is Amisom’s plan in terms of its operations in Somalia?

Sometimes I find difficulty answering that question because, you know, we never brought al-Shabab. You cannot now say, ‘I will go tomorrow.’ Supposing al-Shabab has not been removed by then? So, it has to remain open-ended until such a time… That is why what we should emphasise are mission assessments.

You have to assess and put your ears on the ground on what the government is saying, because you can only stay in Somalia as long as you are welcome. And when, one day, al-Shabab is no longer a threat to the government, that decision will be taken.

Just last week, we learnt that UPDF soldiers working with Amisom had not been paid for six months. What is the situation on the ground like?

First of all, Amisom stands on the resources from troop-contributing countries and the African Union. We are an African Union mission but we also get support from the AU’s partners and development colleagues in the international community.

Now, I want to first of all regret the delays in the payment of soldiers. But it is not six months; it is, maybe two or three months. But [the] most important [thing] people should know is that it is not only for Uganda. It is all [Amisom] troops.

That matter will be resolved sooner rather than later because the delays in some of this support are expected. But I want to emphasise that welfare and payment of our troops is the top priority. Normally, when we get money, they are the first ones to be paid.

You have admitted that all troops are affected and the delays are expected. What kind of budget do you operate then?

We operate a very well-supported budget but the delays may not normally be because there is no money. The delays sometimes are technical; they are logistical. We are in Somalia. We get money from [AU headquarters in] Addis [Ababa] in Ethiopia.

They also get money from countries’ remittances. So, it happens because of the nature of the way we mobilise [funds] but the money comes. That is why we are telling them to be patient because we are very sure that it will come [as a lump sum].

There have been some accusations against Amisom. There are issues of selling weapons and other supplies to al-Shabab… How widespread is the problem?

Of course, for a mission that is so big and has taken quite a long time like Amisom, you are bound to have allegations coming up. But the thing we have done is to put in place mechanisms [to fight the problems].

While troop-contributing countries have their own mechanisms, like the UPDF court martial in Uganda, we have been able to institute mechanisms like boards of inquiries on the ground. We have professionals at an international level and they adhere to international standards.

These boards of inquiries then zero down on whether it was an [unprovable] allegation or whether a soldier or a contingent has a case to answer.

What have these boards found beyond what is in the public domain?

So far it is just work in progress and the reports kept coming and we were busy. So, it took us time to institute and get clearance for a water-tight board of inquiry.
We have not yet been able to get concrete cases that you say, ‘yes, this was a clear case of abuse of office by a soldier.’

The issue of insecurity is still difficult for them to deal with. But because of the history of Somalia – more than 20 years of no rule of law – we have people who had not instituted personal security and have militias because of their history of having been leaders. They had arms in their hands.

But there has been, of recent, a cabinet ordinance requesting people who have heavy ammunition to take it back to government because now there is a government.

The government has the mandate to secure the security of the nation both inside and outside the borders. They are working to license those ammunitions that people can have for personal defence like it is anywhere else. They are trying to stop arms trade and assassinations in the city. So, we must support that ordinance.