Home Kenya Somalia: Is it a Clandestine Pretext? 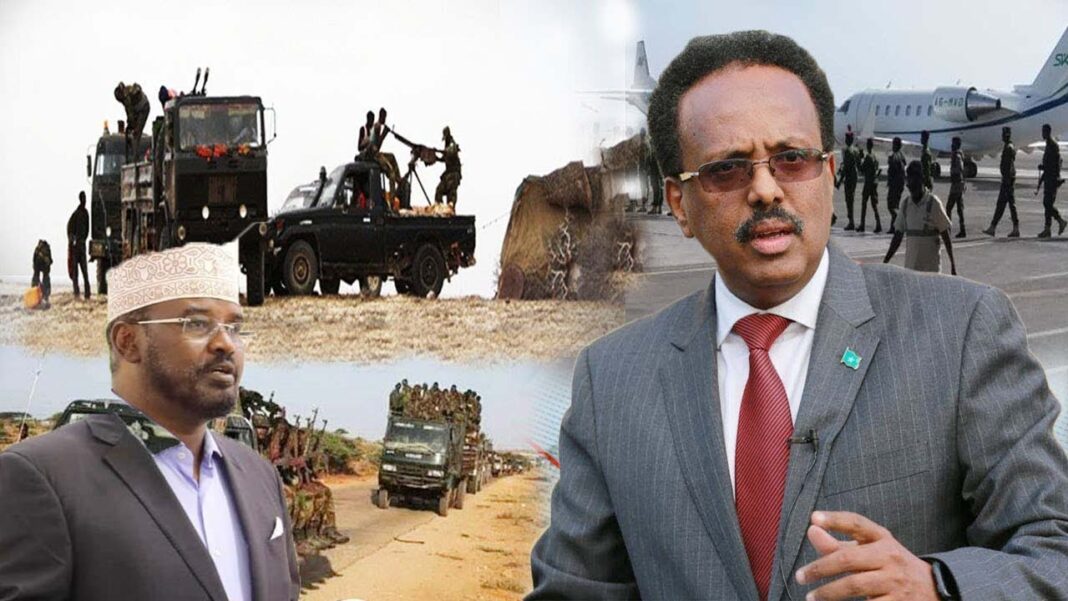 Political crises are in boiling point between Somalia and Kenya where the Somali government recalled its ambassador to Kenya, Mohamud Ahmed Nur ‘Tarzan’ for what it called consultation. It also asked his counterpart, ambassador Lucas Tumbo to leave Mogadishu.

Somalia has accused Kenyan government for interference into the internal Affairs of Somalia. Kenya denied Somalia ‘s accusations.
This decision is likely to restart political and economic disagreement between the two.

The current admiration in Somalia blames Kenya in number of main political issues; The fact that the opposition groups met in Kenya earlier in the month is one main factor and Jubaland state issues is the second main factor.

Kenyan troops are based now in Jubaland as part of African Peacekeeping Mission in Somalia (AMISOM). Somalia is accusing the Kenyan government to have enormous political influence over Jubaland where the president’s clan is loggerheads with Jubaland State president’s clan in power struggle.

The relationship of these neighbouring countries had been already stained for some time: The international epidemic of Coronavirus had led the Somali government to ban the Kat trade. Subsequently causing that the Kenyan farmers to lose an income worth millions of dollars.

There is also a maritime boundary dispute which is currently in international court. Kenya wants out off court settlement and Somali side wants legal settlement.

Analysts believe that this new diplomatic argument is smoke screen to conceal the gist of the matter. Kenyan government does not want the Somali president to be re-elected the upcoming Somali elections. That is way Kenya had allowed the big meeting of opposition groups in its country.

It is Not a secret that the Somali Government is working on a plan to kick out Kenyan troops from AMISOM. Some reliable sources say that the Somali admiration and its close allies are said to have met secretly in Mogadishu to make a case that Kenya is not suitable to be a member of peacekeeping force in Somalia.

My hunches are, only time will tell if that plan reaches into its implementation face, but there is a clandestine pretext which may lead into unnecessary military showdown.

Meanwhile, many in Somali opposition groups reckon that this is a clear conflict of interest; It self-evident, the decision has nothing to do with Somali national interest as the clan of President Farmajo is in loggerheads with the clan of Jubaland President in localized power struggle. They believe that It is WISE to avoid another war in the region, despite a ferocious war is raging now in Ethiopia . The end.

By Mohamed Mohamud Adde.
The author is an academic and an independent Somali Political analyst based in Mogadishu.