Home Academic Papers Somalia: Interventions from AMISOM have not brought the promised peace 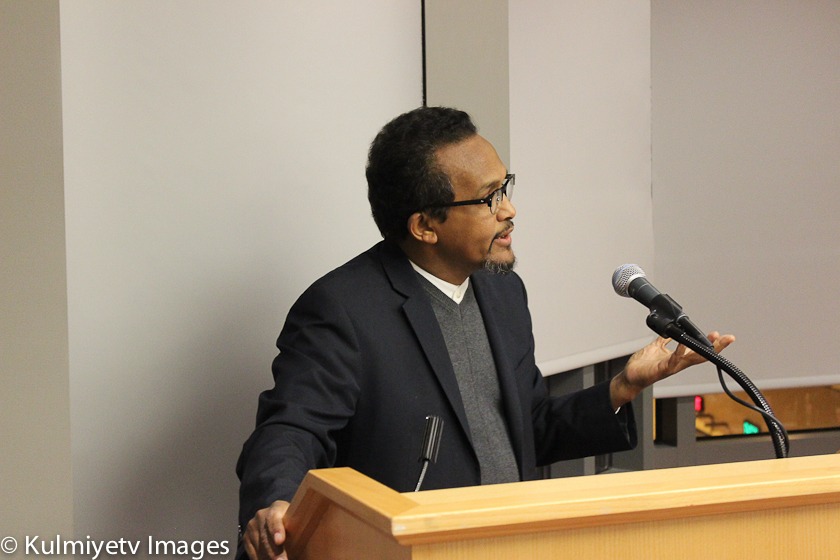 Somalia is held in a nasty headlock by a neighborhood tag-team unmistakably motivated by zero-sum objective. It is their so-called African solution (not so much of the extremist group al-Shabaab) that is setting the Horn on fire.

One of the most potent intoxicants in Africa today is the canned phrase “African solutions for African problems”.  While “ASAP” is an acronym that connotes a timely and efficient result, most if not all, operations that are veiled with the romantic motto, have proven that they are not indigenously conceived, funded or driven.

Since this phrase entered the African lexicon in 2007, it has proved to be of no substantive value to the continent or its people. Contrary to what it was originally intended, the phrase has been taken hostage by domestic political sloganeers and foreign elements eager to advance zero-sum interests. It also became the ideological impetus that helped establish multi-national African forces such as AMISOM.

As is clear in Somalia, this kind of politico-military system – especially when neighbouring states are directly involved – routinely contain or “solve” a problem by creating several newer ones that perpetuate dependency, exploitation and indeed subjugation.

“When one asks a powerful neighbour to come to aid and defend one with his forces…These forces may be good in themselves, but they are always dangerous for those who borrow them, for if they lose you are defeated, and if they conquer you remain their prisoner,” forewarned Niccolo Machiavelli several centuries ago.

In Somalia, not only did our current leadership, and that of the last decade, fail to heed the aforementioned warning, they obediently competed and outperformed each other to prove themselves as unyielding loyal subjects. It is clear that no Somali can pursue a political career in his own country without first getting Ethiopia’s blessings. Already, Ethiopia has installed a number of its staunch cohorts in the current government and (along with Kenya) has been handpicking virtually all of the new regional governors, mayors, etc.

Recently, while reading on poverty, I came across the anthropologist Oscar Lewis’ (controversial) theory “the culture of poverty” in which he argues that while poverty might be systemic and generational, it fosters unique self-perpetuating value system that ultimately becomes engrained in the poor person’s way of life.

People who are altered by that attitudinal phenomenon commonly have “a strong feeling of marginality, of helplessness, of dependency, of not belonging. They are like aliens in their own country… (and) have very little sense of history”.

I could not help but reflect on our own self-defeating, self-perpetuating predicament.

As in Stockholm syndrome, a good number of the Somali leadership have become emotionally and politically bonded with the very power that abused them and fuelled enmity between them (off and on) since the seventies.

Capitalising on that psychological advantage, Ethiopia has managed to get the exclusive right to set up an embassy inside the Villa Somalia (government compound), independent “consulates” in Somaliland andPuntland, and independently operating intelligence command centres in each of these balkanised political entities. To further complicate matters, Ethiopia has signed independent “military treaty” with each of these political entities.

Yet, the current leadership – as those before them – seems content with such arrangement. That, needless to say, motivated Kenya to follow the same effective strategy – isolate the centre from the periphery, and lure the latter entities into deals that they can’t refuse.

Only a few weeks into the Ethiopia-led (AMISOM) military operation, the UNSGR warned the next violence that targets the UN may force it out of Somalia.

“I am deeply conscious that if we make a mistake in our security presence and posture, and suffer a significant attack, particularly on the UN, this is likely to mean to us withdrawing from Somalia,” said UN Special Representative Nicholas Kay.

To underscore his message, he adds this: “There are scenarios in which if we take further significant losses, then that would have a strategic effect on our mission.”

Was this a reckless telegraphing intended to implicitly dare al-Shabaab with a “Go ahead, make my day; force us back to Nairobi” message? Or was it a cryptic warning intended to preempt the Ethiopia/Kenya tag-team from getting too creative in their covert operations intended to manipulate facts on the ground?

While you ponder, consider adding this into your calculus: The UN deliberately bypassed AMISOM when it commissioned a Ugandan contingent of over 400 Special Forces to guard its facilities and staff. This particular contingent is neither officially part nor does it take any orders from AMISOM. Why?

Because, the controversial implanting of Ethiopia and Kenya into AMISOM has changed its dynamic from a peacekeeping force into a political vehicle.

Ambassador Kay is too experienced to make haphazard security-related statements. He was well aware of what he was saying and where he was saying it. He affirms that awareness in his presentation. Between the lines he was signalling his frustration with the Ethiopia-driven AMISOM, and how he and UNSOM ended up biting the dust. I have argued before that the Ethiopia/Kenya and US/UK interests are in an imminent collision course.

Though the next election/selection is more than two years away, the usual suspects of mostly political conformists who are devoid of any transformative ideas or strategies are already in their hysterical manoeuvring and counter-manoeuvring routine. They are dutifully eager to demonstrate their capacity to perpetuate the status quo.

Intoxicated with the rhetoric that our “good neighbours are making self-sacrifice for us” these politicians are determined to hinge the future of our nation on the question of “Who would be the next president and the next prime minister?” rather than “What new vision and strategy would these individuals bring in order to help heal or repair our broken nation?”

Against that backdrop, on May 5, over 100 MP signed a non-binding resolution demanding the resignation of President Hassan Sheikh Mohamud or face impeachment.

Make no mistake, Somalia is held in a nasty headlock by a neighbourhood tag-team unmistakably motivated by zero-sum objective. It is their so-called African solution (not so much of the extremist group al-Shabaab) that is setting the Horn on fire.

Against that backdrop, our IDPs (Internally Displaced Politicians) continue on their respective pipedreams. Of course, where there is no vision, neither strategy, nor political will and continuity matter.

Ambassador Abukar Arman is the former Somalia special envoy to the United States and a foreign policy analyst.

Original title: Somalia: African solutions for African problems? Strategically Edited by the Geeska Afrika Online Editorial Staff for understanding and up to the Point.