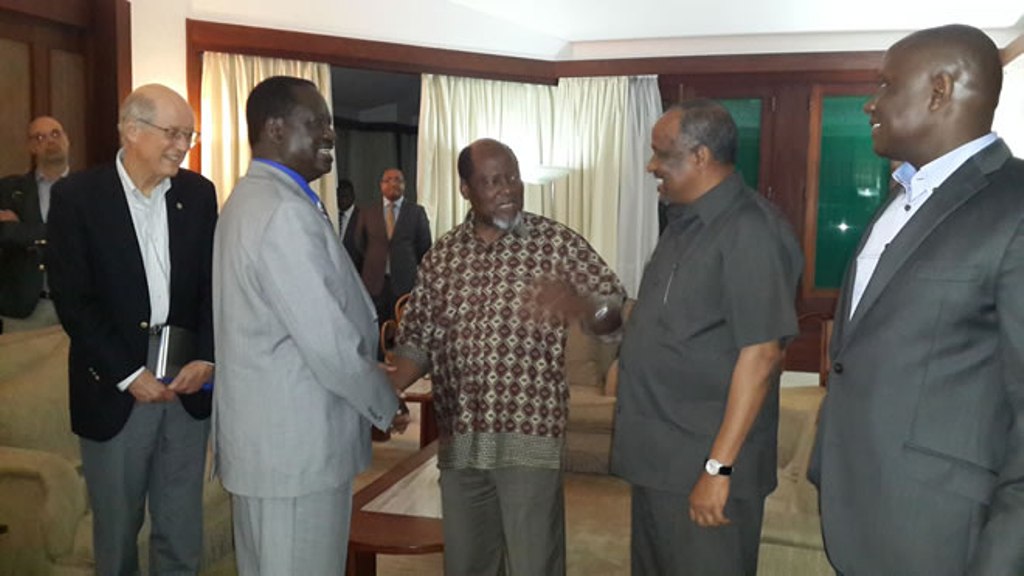 Nairobi (HAN) October 18, 2014 – Public diplomacy, National Security News. According to Geeska Afrika Online reporter in Mogadishu, the Minister of Interior and Federal Affairs of the Somali Federal Government, Abdullahi Goodah Bare have been invited to attend an election observation mission organized by EISA (Electoral Institute for Sustainable Democracy in Africa).

The purpose of the mission was to observe the conduction of election against international standards including that of the African Union and International Human Rights legislations.

The attendance of Minister Goodah as leading observer member to the Mozambique elections sets out an important milling stone for Somalia, as the country is expected to conduct election in 2016.

During his mission Minister Goodah has met with the Electoral Body and the Heads of the Constitutional Court of Mozambique to discuss the current election process of Mozambique. In addition the Minister had a meeting with the Frelimo presidential candidate Mr. Filip Nyusi.

Mozambique has hosted its 5th election on the 15th of October. To vote in what is arguably the most competitive elections in the country’s history. Over 10 million citizens registered to vote for new president. The result of the elections will take 15 days to be declared public.