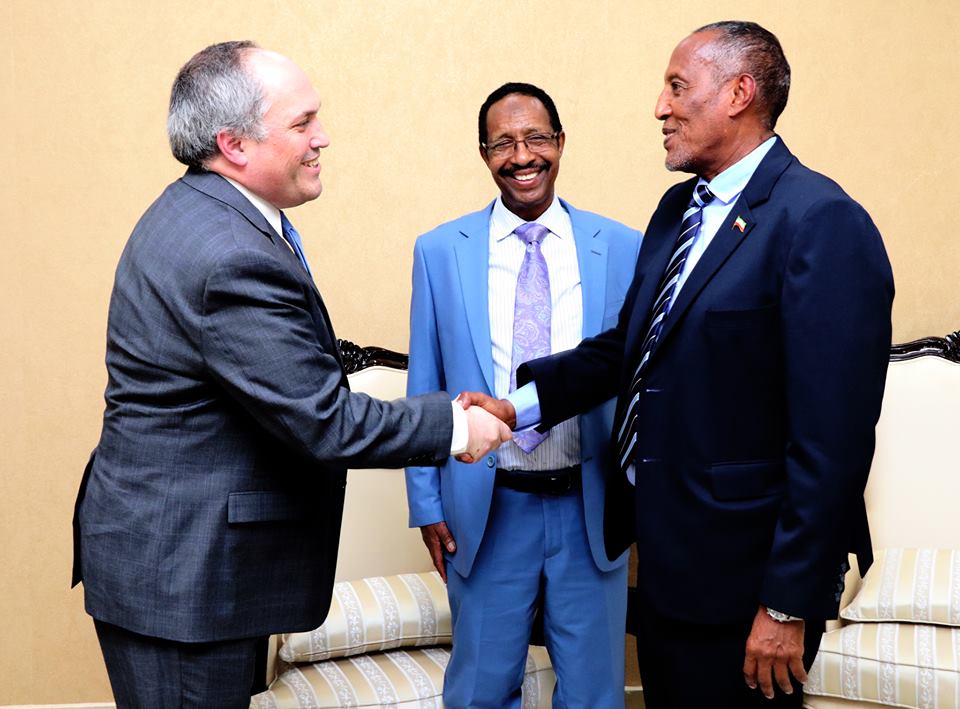 Another terror threat against America could be brewing.

On August 23, 1996, Usama Bin Laden, a then-obscure Saudi jihadist, declared war on the United States. It would be more than a week before wire services or the U.S. press would pick up Bin Laden’s statement which came to Washington’s attention only after Al-Quds, a Palestinian newspaper published in London, reprinted some of his missives. The Clinton administration continued largely to ignore the Al Qaeda leader’s pronouncement. As far as the White House was concerned at the time, Bin Laden was as minor a player as the Duchy of Grand Fenwick. It was only after the 1998 East Africa embassy bombings that Al Qaeda became a security concern, and only after the September 11, 2001 attacks that the White House and U.S. intelligence community realized it could not treat threats to the U.S. homeland as empty.

Alas, almost a quarter-century after Bin Laden’s declaration of war, it appears that it could be déjà vu all over again. Consider the case of Hassan Dahir Aweys, a veteran terrorist leader whose militancy predated even Bin Laden. In the aftermath of the 9/11 attacks, both the U.S. Treasury Department and United Nations designated Aweys for his close association with Al Qaeda. A former army colonel under Somali dictator Siad Barre, Dahir Aweys organized the first Islamist fighters upon Siad Barre’s fall. He used seed money provided by Bin Laden to organize al-Itihaad al-Islamiya and sought to capture areas of Puntland in the mad scramble the followed much of Somalia’s 1991 collapse. Abdullahi Yusuf Ahmed, himself also a former Somali army colonel who would become Puntland’s first president, defeated Dahir Aweys locally, but Aweys extremist would not give up.

In 2006, Aweys took a senior position in the Islamic Courts Union which had taken power in Mogadishu. While some Western analysts in hindsight suggest that the West was wrong to panic about the direction and ideology of the courts, Aweys’ presence as a man-behind-the-power, a role akin to Hassan al-Turabi is Sudan, raised alarm bells. After the Ethiopian invasion ended the Courts rule, Aweys joined al-Shabaab until he fell out of favor and escaped the group, eventually cutting a deal to surrender to the Mogadishu government, which eventually put him under house arrest.

House arrest has not meant isolation. He appears to maintain good relations with Fahad Yassin, a former Al Jazeera journalist with close ties to Qatar who currently serves as director-general of the National Intelligence and Security Agency. That link has allowed Aweys to continue to issue occasional statements and opine on current affairs.

Perhaps this might be ignored as the rambling of an old and irrelevant man, if Aweys did not have such a Jihadi pedigree and the apparent support of at least some in President Farmajo’s administration in Somalia.

Several weeks back, Abdulqadir Kumandos, an al-Shabaab commander was reportedly killed in an American drone attack. That man was apparently Aweys’ former defense secretary in the three years after the fall of the Islamic Courts Union. Put aside the fact that Aweys’ continued connection to al-Shabaab leaders undercuts the notion that he has completely broken with the group. Hearing of the death, Aweys responded on August 26 with a direct threat against the United States. According to a Somali interlocutor who translated his statement:

If you [America] do not give an acceptable mea culpa or restitution, we will give you a tough answer. We will leave behind a legacy that you will remember for many centuries. I am issuing this threat to you while I am in jail and imprisoned for you. You will see from us something that will continue for centuries… if you do not provide us a correct answer. You will regret it. We will show you that you will regret it. I am not saying that I will kill you, but it will be something historic.

Aweys continued to eulogize Kumandos as “a Somali man who was born from the Somali race, raised by Somalis, educated by Somalis, and he served the Somali people. And as reflected by his name, he was one of the Somali armed forces. Therefore, his killing is a pain inflicted on all Somalis.”

Just a day prior to the start of the Republican convention, the Trump campaign issued an agenda for its second term. One of its declared goals was to “Wipe out global terrorists who threaten to harm Americans.” Aweys—and the Somali government officials who appear to back him—would be a good place to start.