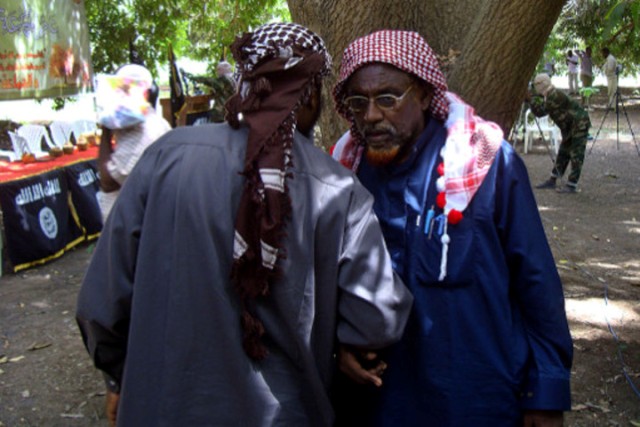 Al-Shabab, the Somali armed group, has named Sheikh Ahmad Omar, also known as Abu Ubaidah, as successor to Ahmed Abdi Godane who was killed in US airstrikes last Tuesday.

The armed group on Saturday pledged to take revenge for the death of one its founding leaders.

“Avenging the death of our scholars and leaders is a binding obligation on our shoulders that we will never relinquish nor forget no matter how long it takes,” the group said in a statement sent to  Somalia media.

Omar, the group’s third leader, takes over from Godane, who had succeeded top commander Ismail Arale. Arale was sent to Guantanamo Bay in 2007.

The Somali militant  armed group also confirmed the death of two other unnamed Al-Shabaab top officials. Sources in Mogadishu told Geeska Afrika Online, that the Somali militant Sheik Mukhtar Robow, former spokesman for Al-Shabaab (Picture)  who was removed from the executive leadership of Al-shabaab movement two yeras ago  by Ahmed Abdi Godane, has rejected the new leader of Al-shabaab militants in Somalia.

The widening rift within al-Shabaab’s leadership has been caused by a growing number of senior organisation leaders in the past two years openly dissenting with top commander Ahmed Abdi Godane, also known as Mukhtar Abu Zubayr.

“We have been weakened militarily and have retreated from large cities and towns and our forces are still rebellious and breaking away into different factions. All of this is because the leader of the group has unilaterally made fateful decisions,” Aweys said.