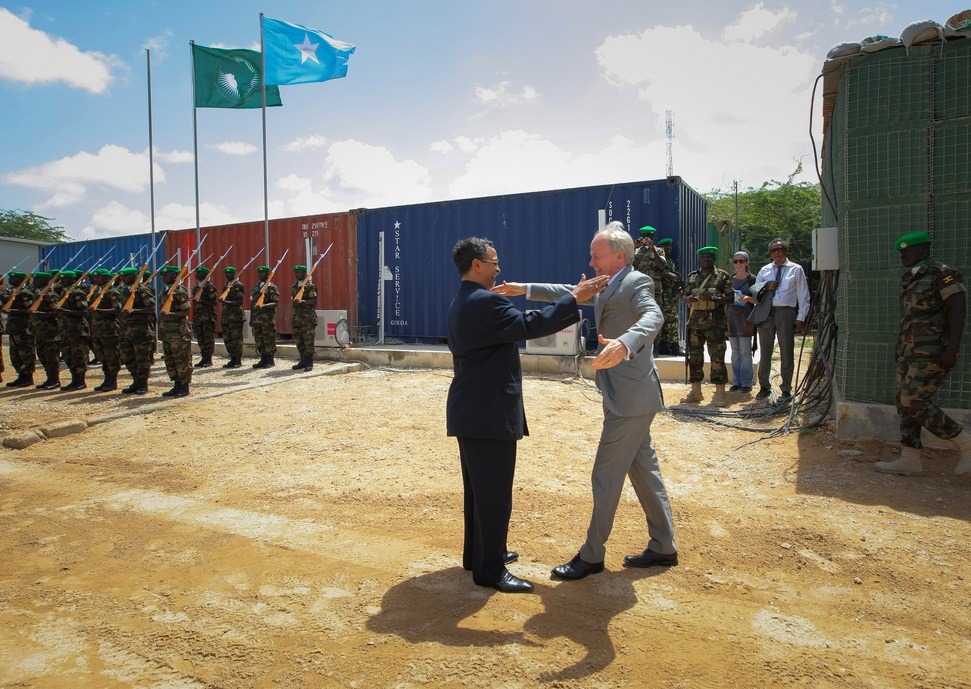 New York (HAN) March 13th, 2014: The best hope for peace and stability in Somalia, the Horn of Africa and beyond Igad zone remains a united, secure and federal Somalia, including Somaliland, the top United Nations official in the country told the UN Security Council (UNSC) on Tuesday, warning that after a series of attacks against high-profile targets in Mogadishu, insecurity in the capital city poses challenges for Somalis and their international partners to rebuild the city and repatriate Diplomats back in to Mogadishu Streets.

“2014 is a crucial year that marked by security and political challenges, which will be overcome if the Federal Government of Somalia and international partners remain united and if both accelerate delivery of their mutual commitments,” Special Representative of the Secretary-General, Nicholas Kay, told the 15-member Council via video conference from Mogadishu, urging continued support from donors and other stockholders.

“Progress in Somalia has been mixed so far, but it is progress,” he added. “National reconciliation, federalism, the conclusion of the constitutional process and the rebuilding of security institutions are critical.”

Security remains a vital concern, particularly in Mogadishu where the situation has deteriorated as insurgents carried out often complex suicide attacks against several targets, including a UN convoy, the Presidential compound and the National Intelligence headquarters, “all in the month of February.”

“The risk of further attacks against Somali Government and international targets remains high,” warned Kay, who is also the head of the UN Assistance Mission in Somalia (UNSOM).

He added that the African Union Mission in Somalia (AMISOM) and the Somali National Army (SNA) are pursuing a renewed offensive against Al Shabaab insurgents, who in 2011 were forced to retreat from the capital.

This new offensive “will be the most significant and geographically extensive military advance” since AMISOM was created in 2007, Kay said, highlighting the UN’s role through its support office for AMISOM (UNSOA) in stockpiling food, fuel and water ahead of the operations.

UNSOA, along with UNSOM, has also supported training the army in human rights, international humanitarian and refugee law, in accordance with Secretary-General Ban Ki-moon’s Human Rights Due Diligence Policy.

Despite the obvious importance of greater security, “the political dimension of state-building and peace-building is equally vital this year,” the Special Representative underscored.

“As we meet, the Federal Government is finalizing a detailed plan and timetable for a process leading to the formation of Federal States, a final Constitution and democratisation by 2016,” Kay told the Council.

This formation of Federal States “needs to be accelerated”, he said, noting the positive steps towards political cooperation in Jubaland and in Puntland.

Among other issues raised in his briefing, Kay noted that a change in immigration policy in Saudi Arabia forced back more than 22,000 Somalis with an additional 33,000 people expected to return in the next three months. The influx into Mogadishu “could exacerbate the plight of the internally displaced” in the country, which, at 1 million people, are part of the largest and most complex humanitarian crisis in the world. Sources: New Karla, UNSC and HAN Security Correspondance in Mogadishu, Somalia.