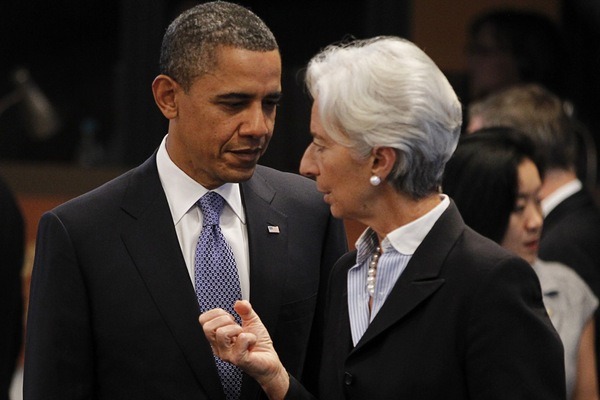 “The mission is grateful for the high quality and openness of the discussions and for the cooperation of the Somali authorities. We remain committed to our ongoing dialogue. ”

An International Monetary Fund (IMF) team led by Rogerio Zandamela held discussions in Nairobi from June 8–18, 2015 on the Article IV Consultation with Somalia, the first such discussions in over 25 years. At the conclusion of the mission, Mr. Zandamela made the following statement:

Since 1991, Somalis have suffered greatly from civil war. The economy deteriorated as the physical infrastructure was destroyed. In addition to the loss of lives, the war worsened the population’s living conditions, now among the lowest in the world. To support economic growth and development, Somalia needs financial help from the international community, as well as technical assistance and capacity building.

“Even though the political and security situations remain challenging, Somalia has made tremendous progress since resuming relations with the IMF on April 12, 2013. The Fund has been actively involved in providing technical assistance and policy advice in its key areas of expertise, which laid the groundwork for these discussions. Nevertheless, shortcomings in source data and coverage continue to present challenges.

“Economic activity is estimated to have expanded by 3.7 percent in 2014, driven by growth in agriculture, construction, and telecommunications. CPI inflation was 1.3 percent. For 2015, real growth is projected at 2.7 and inflation should remain subdued at about 4 percent. With modest progress on the security front and an absence of drought, medium-term annual growth should be about 5 percent. Nevertheless, growth will remain inadequate to redress poverty and gender disparities.

“The government is undertaking an ambitious reform program. Progress toward good governance—with sound and accountable institutions—is important for the restoration of public confidence in government. Since Somalia has large potential for revenue from natural resources, effective concession management and a suitable fiscal regime are critical for peace and prosperity. The natural resource management strategy should incorporate best practices while facilitating private sector participation and ensuring transparency. Somalia also needs consensus regarding fiscal federalism, including responsibilities for service delivery, and revenue collection and sharing.

“While notable progress has been made in strengthening fiscal institutions, significant reform is required to bring public financial management systems closer to international standards. Somalia also needs to adopt comprehensive and properly sequenced budget reforms, which will require steps to improve budget preparation and execution, arrears control, treasury management, and accounting and reporting.

“The 2015 federal budget was prepared on a zero cash balance basis with optimistic revenue forecasts and weak commitment control. Deficiencies in revenue mobilization, considerable expenditure pressure, and unfulfilled pledges of donor support have led to extraordinary difficulties in budget execution. The funding shortfall has led the federal government to ration cash and incur arrears to the defense forces, civil servants, and suppliers.

“An expansion in the number of ministries and government entities has left Somalia with a payroll-centric budget, with the share of wages about 45 percent of spending. The dependence on foreign grants remains over 40 percent of the budget, exposing it to uncertainties in donor disbursements. International assistance outside the budget is significantly higher than direct budget assistance.

“In light of lower domestic revenue and shortfalls in donor support, IMF staff projects a significant budget deficit in 2015. Accordingly, Somalia needs to boost revenue and revise the budget to align spending commitments with available resources. Going forward, Somalia should adopt policies to address important budget vulnerabilities. Fiscal rules, such as targets for the share of wages and capital, can help ensure fiscal sustainability and a desirable composition of spending. These rules should be accompanied by a medium-term fiscal framework to guide their realization.

“The economy is predominantly dollarized and cash is scarce, particularly in lower denominations. Somali banknotes are not readily available, creating problems for the poorest. Public and political pressure is mounting for currency reform. Nevertheless, currency reform should be delayed until necessary conditions are in place. Failed efforts would create significant direct losses, as well as reputational costs, so currency reform should adhere to a well-designed roadmap, including building adequate technical and human capacity. The Fund stands ready to assist Somalia to carry out a successful currency reform.

“Swift action is required so that remittances can be channeled through the international banking system. Elaboration of a financial sector roadmap will be a critical first step to build credibility in licensing and supervision.