Home frontpage Somalia: IGAD Summitt a historic signal and message to the world 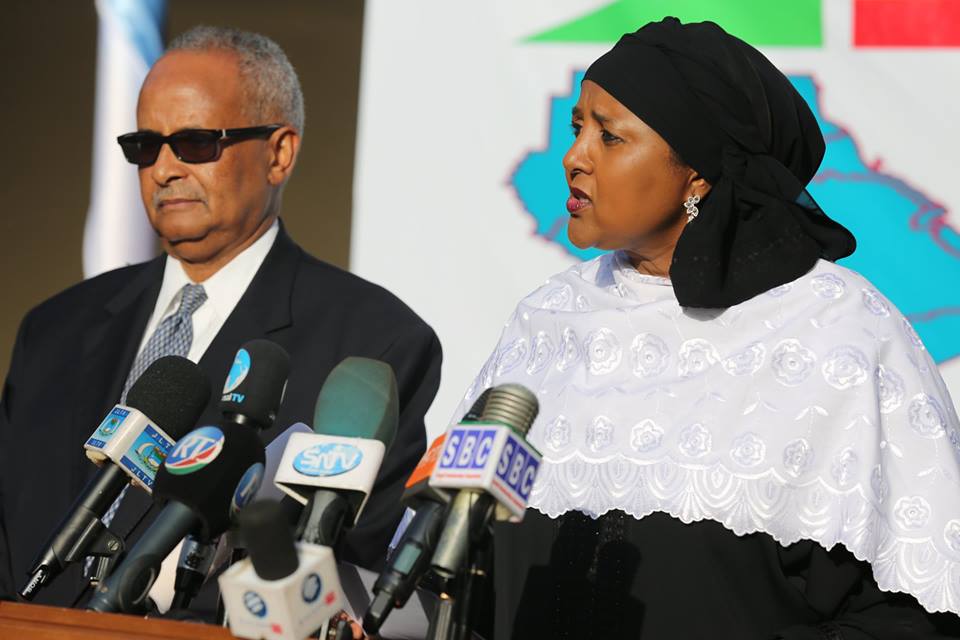 Share on Facebook
Tweet on Twitter
Mogadishu (HAN) September 14.2016. Public Diplomacy & Regional Security News. Opinion By ABDUSALAM OMER (Dr Abdusalam H. Omer is the Minister of Foreign Affairs and Investment Promotion of the Federal Republic of Somalia). Somali Foreign Minister Abdisalam Omer Hadliye told HAN (Horn of Africa news Line) that IGAD regional head of states summit and their side  meeting was a historic event for Somalia and Somali people people throughout the World.
“It is the first time Mogadishu or Somalia in general hosts such a high-level summit for more than 35 years. We see it as a historic signal and message to the world saying, ‘Somalia is coming back,’” Somali Foreign Minister said.
As I looked around the conference room, I was overcome with emotion. I looked around again to take in the historic moments, feelings and thoughts.
After this point there was only one genuine conclusion: Somalia has turned the corner towards stability and progress.
Foreign ministers are not known for being emotional, but when heads of state and governments from the Igad region are seated and actively participating in the historic summit, in Somalia, there can be no reaction other than pride and joy.
The pride and joy is not just reserved for Somalia’s progress as it is also an appreciation and recognition of the collective effort and partnership it took to genuinely turn the corner from the difficult past.
Igad and all its member states have contributed to Somalia’s progress and this is something that will never be forgotten as we go forward to achieve greater progress and prosperity.
Somalia chose to host the 28th Igad Extra-Ordinary Summit of Heads of State and Government to showcase the enormous progress our country has made and to reassure our brotherly neighbours and partners that there is no going back to the past: we will only continue to build on our successes from here onwards.
The resilience and Determinations of Somalia and Somalis:
Igad and all its members have played a key role in Somalia’s success story in all areas including security, trade and development. In terms of regional development, this is the crucial commitment central to ensure no nation is left behind.
Therefore, the Summit itself is the best evidence of the successes of our collective endeavours in Somalia.
Of course, despite the successes thus far, there are many challenges ahead for Somalia, Igad and its member states.
Among the most important are continuing the successful fight against international terrorism, boosting regional trade and cooperating on big projects such as infrastructure to facilitate the strengthening of regional integration.
I am confident that all can be achieved through continued partnership and collective action in the interest of our regional and continental development.
The Igad Summit in Somalia was more than symbolic: it is evidence of the Somali people’s resilience and determination to rebuild their home.
Furthermore, it is the best example of the successful partnership between our government, brotherly neighbours and valuable international partners in moving Somalia and the region forward together.
Dr Abdusalam H. Omer is the minister of foreign affairs and investment promotion of the Federal Republic of Somalia.