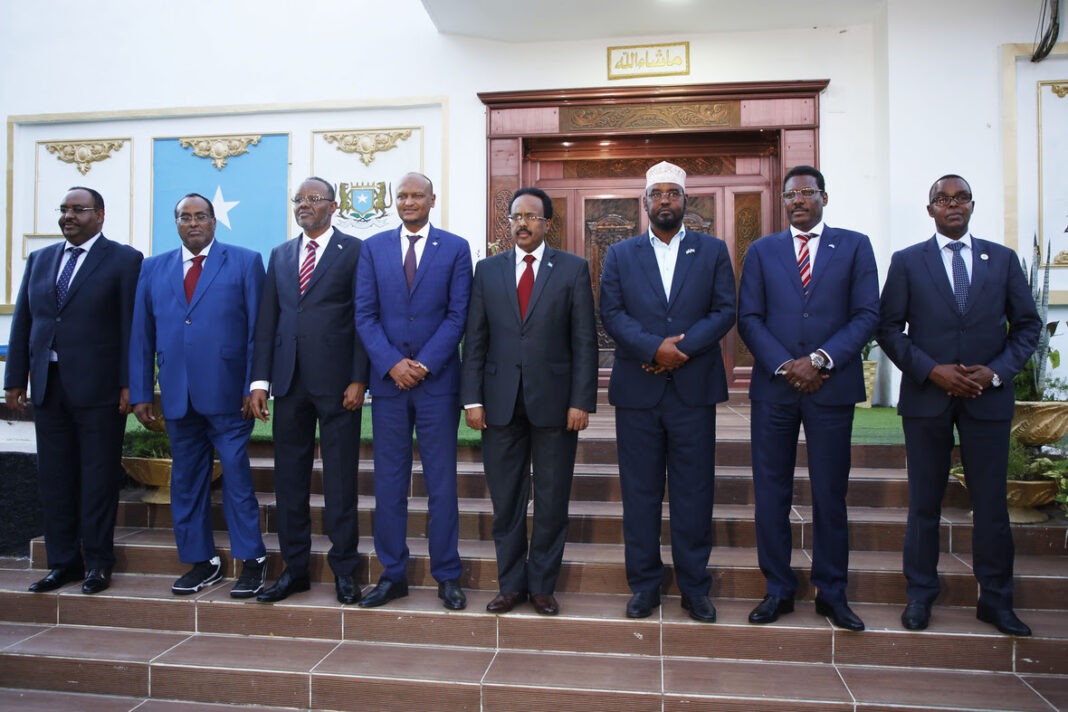 A closed meeting Somalia’s outgoing President Mohamed Abdullahi Farmajo and the regional state leaders has today started after weeks harsh warning by the international community & and the U.S to Farmajo’s administration to hold talks with the opposition.

The meeting which is reportedly attended by the international community kicked off at the air force hangar in Afiysoni area about 10:00 AM will focus on the contentious issues including the electoral process dispute.

On Friday evening, Somali Presidency sent out a Press release after  had invited the regional state leaders to attended the conference.

Somalia was expected to hold its elections last year but the leaders of the federal government and regional state had disagreed over the electoral process, forcing the government postpone the poll.

Late last week, the United Nations (UN) Security Council in a statement called on Somali political stakeholders to resolve their difference to allow the country to hold elections.

“They expressed concern over the ongoing impasse and called for Somalia’s leaders to engage in a constructive dialogue at the earliest opportunity without precondition to resolve outstanding issues on the legitimate basis of the 17 September agreement and the recommendations of the 16 February Baidoa Technical Committee,” the statement reads in part.