Home frontpage Somalia: How to Build Hope Amid the Horror of Al-Shabaab's Insurgency 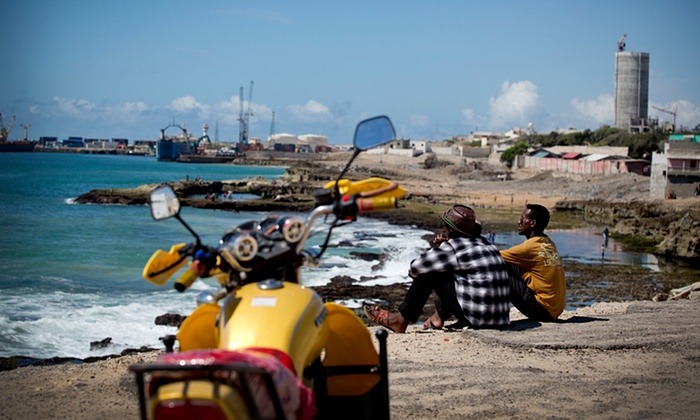 Mohamed Nur, who served as mayor from July 2010 to February 2014, put up the first street lamps in the city and rolled out its first rubbish collection programme, initiatives which he says boosted popular support for his government, weakening the militants’ support base. Nur stepped down in 2014: he lives in Mogadishu and is still involved in politics, taking up the role of acting chairman for the Social Justice party.

Nur, who was in London recently, says the backing of the seaside city’s residents was critical in the battle against the Islamist militants of al-Shabaab, which has been fighting Somali troops and African Union peacekeepers in Somalia for the better part of a decade. “The only weapon that is more effective than the bombs and the modern weapons is the people,” Nur says. “You have to use the population, you have to organise the population.”

Some would argue that al-Shabaab was partly born out of popular discontent with the anarchy and chaos that reigned in Mogadishu in the years after the ousting of dictator Mohamed Siad Barre in 1991. It came to the fore in 2006 when the Islamic Courts Union (ICU), a broad-based religious movement, ousted the warlords that controlled Mogadishu and expanded its influence into other parts of southern Somalia. After Ethiopian troops defeated the ICU, al-Shabaab – which means “the youth” – emerged as an autonomous insurgent force, although its origins may stretch back further.

Initially, the militants won some popular support because of anger over the Ethiopian occupation, and because they brought law and order to areas they controlled. At the time, the western-backed transitional federal government was seen as weak and ineffective by many Somalis. However, as the militants enforced their extreme interpretation of Islam, they lost that support. At the same time, African Union peacekeepers arrived to back the Somali national army in its battle against the insurgents.

Nur took office as the African Union Mission in Somalia (Amisom) peacekeepers were beginning to make some headway. He started the job with three main priorities: provide electricity, clean the streets and improve security. He also wanted to strengthen the government’s relationship with women and young people, by holding regular meetings and building basketball courts.

This lesson was learned in Iraq in 2003: US forces won the military battle against Saddam Hussein’s forces, but the failure to swiftly provide access to water, electricity and other basic services is considered a key reason for the rise of insurgent movements across the country. As well as having light and water, people need to feel safe and protected, Nur says. “[People] are afraid that if they speak out [against terrorism] they will be assassinated,” he says. “But when you show them that you are doing your job normally, then they will follow you.”

In 2011, al-Shabaab withdrew most of its forces from Mogadishu, although it still controls large parts of the south of Somalia and carries out frequent attacks in the capital. An attack on a restaurant in Mogadishu on Saturday has been attributed to the group. Nonetheless, since a new president was elected by MPs in 2012, there has been a sense of rebirth, with people from the diaspora returning home or sending money to invest in rebuilding a city where diplomats used to frequent elegant hotels perched above the Indian Ocean.

Looking to the future, Nur is optimistic that Mogadishu can rebuild itself and win the war against the extremists. “Somalia can come out of this mess; Somalia can be secured,” he says. “I think the international community and Great Britain should support the rebuilding of the Somali military.”

The UK has offered to send 70 soldiers to Somalia to help train African peacekeepers in areas including logistics, engineering and medical aid. But the postponement of an upcoming presidential election, which had been scheduled for September, has got many in the country worried, Nur says. “We have to elect a credible visionary with strong integrity, an honest politician, as the leader of the country.”