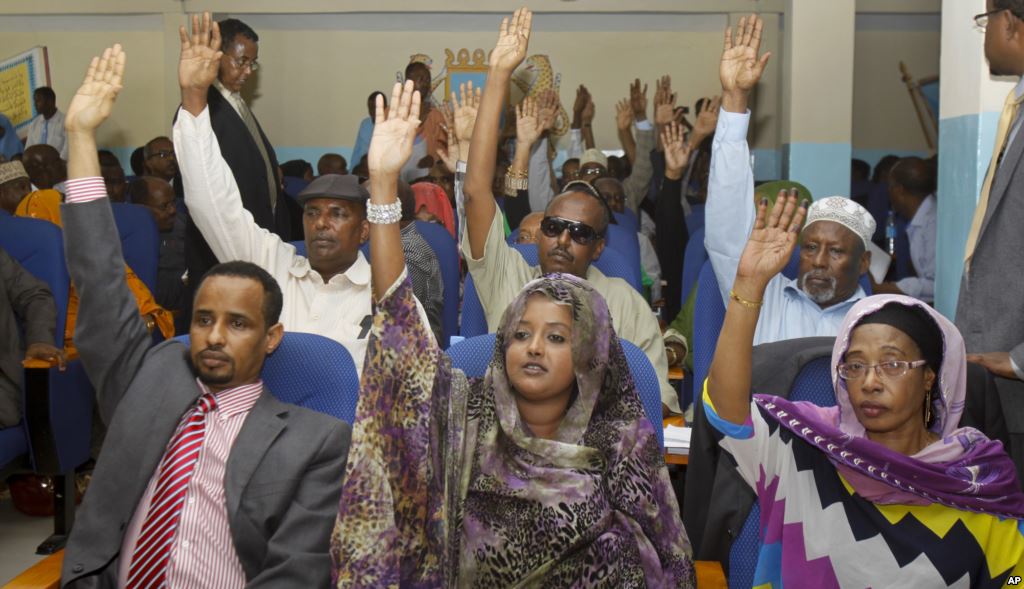 Speaking at an ambassadors meeting held in Ethiopia’s capital Addis Ababa, Mohamud officially announced the month the elections will be held.

“The upcoming Somali presidential and parliamentary election will be held this August,” he said.

“The election process needs to be completed in a democratic way. We do not care which party wins. The winners will be the people of Somalia.”

Mohamud, in power since 2012, is in the final months of his four-year term, but last week he announced that he will seek reelection.

The country’s 25-member cabinet includes the largest number of government ministers since Somalia established its first permanent government in 2012.

Somalia, a long-troubled Horn of Africa country, had been in the grip of political violence since the outbreak of civil war in 1991.