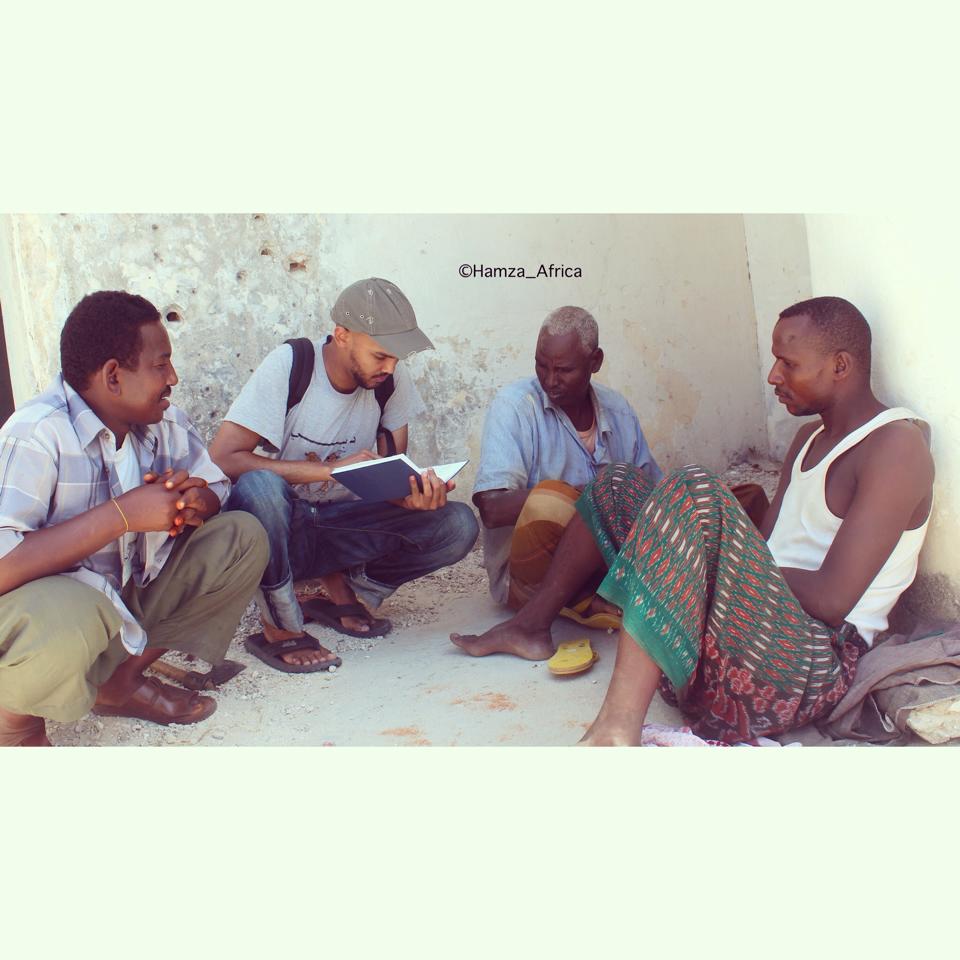 Mogadishu (HAN) May 29, 2014 –  Interviewing the grave diggers of Mogadishu, Hamza said ‘the most interesting people I have ever met.’

The grave diggers were grieving the improved security in the Somalia capital, Mogadishu.

In Mogadishu: With the guns falling silent in the Somali capital, their trade was hurting.  One of the business man said, “When there is a loud bang, we know it is an explosion. When there is a sustained gunfire, we know something is wrong and people may die. Death means business for us.” Ali Hassan, a grave digger with 20 years experience, told Hamza Africa Journalist, through his Facebook page.
“Two years ago I used to bury 30 bodies a day, now I bury one if I’m lucky and often I bury none.” Hassan again told Hamza in Mogadishu.

According to their financial income through violence and killings, at the height of the civil war they used to make  as much as $300 a day in Mogadishu, Southern Somalia.

Return to Somalia follows diaspora Somalis on a journey of re-discovery back to their homeland.

Geeska Afrika Online is a campaign-led production and distribution company built around a network of creative regional talented intelligence network group. We operate internationally and are driven by an ethos to inspire positive regional change for IGAD2020 regional security and stable Africa zone.