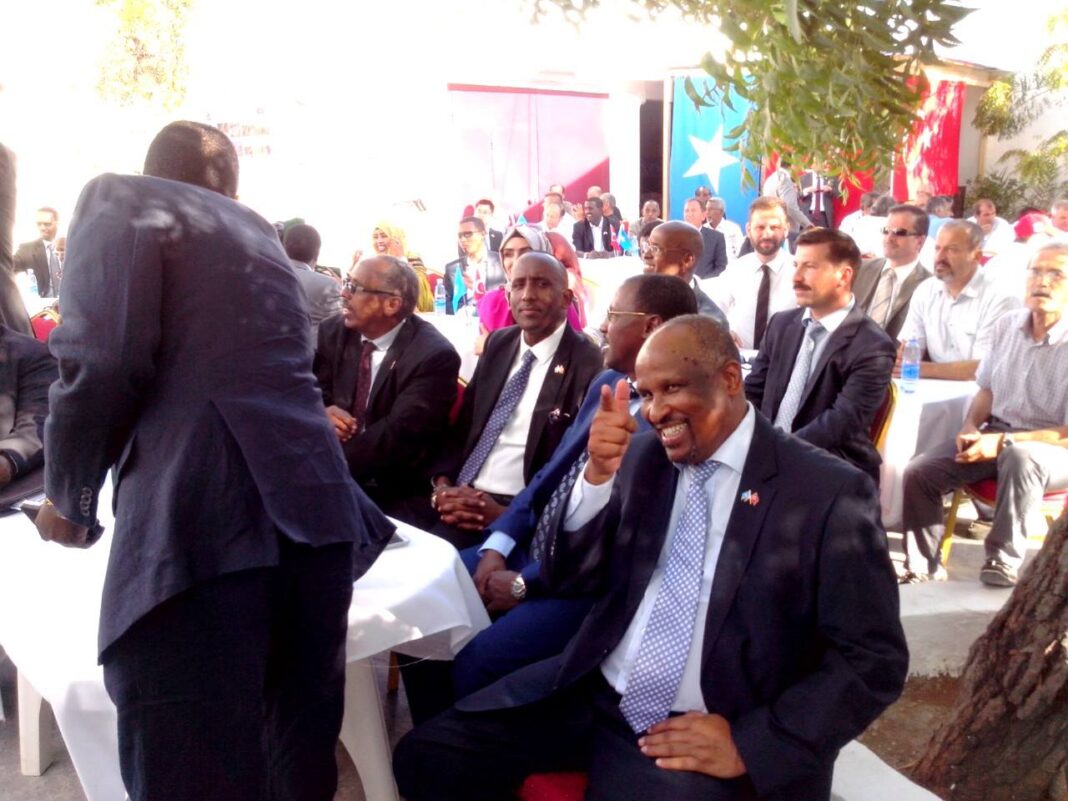 Prime Minister Omar  announced his new look team in Mogadishu on Sunday, saying it would ‘reset and refocus the government for the coming years 2015-2016‘.

The Somali-Canadian, Godah Barre has been dropped as a member of parliament from Interior Affairs minister and the vacancy filled by Abdikarim Hussein Guled is the Somalian minister of the Interior.

‘This is a good team. It is a strong team. It is a balanced team,’ Prime Minister Omar Abdirashid told Geeska Afrika Online by phone.

Prime Minister Omar added his statement ‘I am proud of all my colleagues but I am particularly proud to be able to make these announcements this evening.’

Prime Minister ended his statement ‘Godah Bare did a fine job as an interior minister and while he also done a good job in his role to re-built regional administration regions of Juba and Baydhabo.’