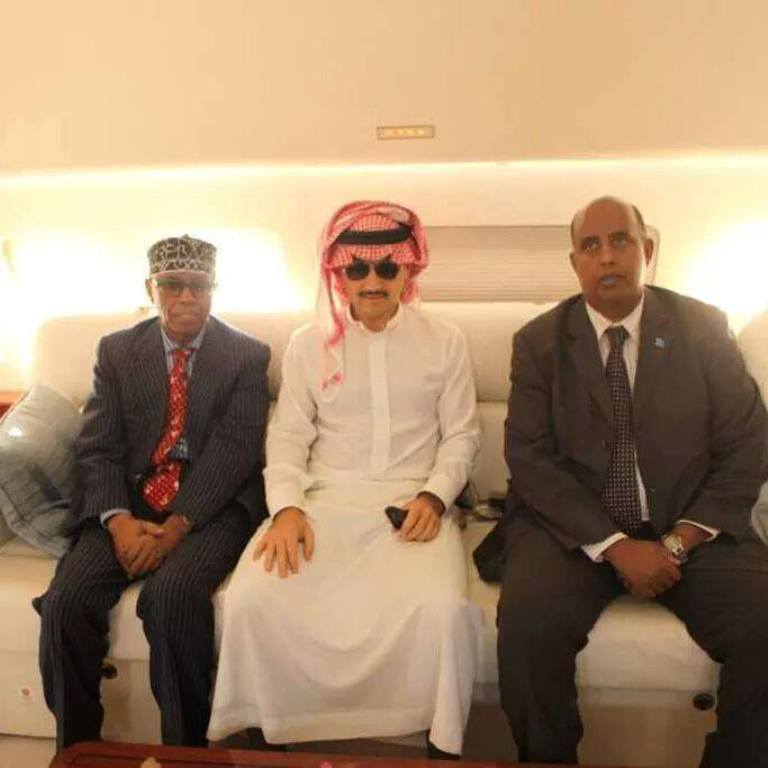 London (HAN) October 26, 2014. Public diplomacy and Regional Security Industry Tracker news. Edited and Reviewed by Nour Kaafi, MIPIS, pcip. The Somali federal government in Mogadishu, plans to begin producing oil and gas offshore for the first time within six years and is in talks with EU and UK governments about how revenue will be shared, the country’s petroleum minister told Geeska Afrika Online’s Oil & Gas reporter in London.

Somali federal government in Mogadishu expects to complete an assessment of its oil and gas potential this year as security gains in the battle against al-Qaeda militants enable foreign investors to return, President Hassan Sheikh Mohamoud said.

Seismic studies are being conducted onshore and off the coast of the Horn of Africa nation. Companies including Royal Dutch Shell Plc (RDSA), Exxon Mobil Corp.(XOM:US) and BP Plc (BP/) are in talks with the government about returning to the country for the first time since war erupted in 1991, Sheikh Mohamoud said.

“We are renegotiating with them” on issues including royalty payments and production-sharing agreements, he said in an interview today in Washington at the U.S.-Africa Leaders Summit. “We’re expecting that soon there will be very good activities that we’ll start.”

According to Geeska Afrika Online energy and strategic mining access files, the chairman and senior partner of PwC’s UK firm, Ian Powell, said: “Africa is an important frontier for economic growth. We believe the regional economy could double by 2020 to nearly $3 trillion and we are getting a clear signal from our international clients that Africa is an increasingly important market for them.”

The chairman owell said: “Bilateral trade between the UK and Africa is long established and is conservatively valued at around $30 billion a year for goods and at least the same again for services, and both are set to grow significantly in the near future. This investment will help to develop the African professional services sector to meet this growing demand.”
The chairman and senior partner of PwC’s UK firm, said: “Our people are our biggest asset and it is no surprise that the majority of our investment will go towards recruiting additional skills… our focus will be on developing deeper industry expertise in key markets across Africa. Africa has an abundance of natural resources and seven of the world’s fastest growing economies meaning the opportunities for UK business are significant.”

“We do not intend to have the quest for oil and gas re-ignite divisions and violence,” an interpreter for Omar told the conference.

Oil companies have not operated in Somalia since civil war erupted in 1991 and they were forced to declare force majeure. However, Omar said it was in Somalia’s interest that companies with previous links to the country “are given every opportunity to return”.

J Jay Park, an adviser to the Somali government, told Bloomberg that Somalia’s government is considering the first bidding round for oil blocks since 2009, as increasing stability begins to attract more foreign investors. “The government is in talks with companies including Royal Dutch Shell Plc, Exxon Mobil Corp, BP Plc and Chevron Corp about reactivating dormant contracts in the country,” Park said.

Akshai Fofaria of Pinsent Masons, the law firm behind Out-Law.com, said: “The cautious manner in which the Somali government is encouraging existing licence-holders, who have declared force majeure in the region, to return, is welcome. The Federal Government will need to proceed with equal caution in determining what to do with petroleum licences already granted by regional authorities, as it begins to reassert sovereignty within its borders.”

According to the International Monetary Fund (IMF), “recent international recognition of Somalia’s federal government has paved the way for the IMF to provide technical assistance and policy advice”.

IMF mission chief for Somalia Rogerio Zandamela said in 2013: “In the near term, the IMF will engage with the authorities in helping to build capacity in the key economic agencies, namely the ministry of finance, the central bank, and the statistics office.”

A World Bank overview of Somalia, updated this month, said that as the country “finalises a permanent constitution and prepares for national elections in 2016”, Somalia is “likely to face continued instability as new stresses emerge”.

However, the bank said “the new federal government has growing support from donors who are likely to increase assistance for further peace-building and state-building activities” under a federal government-backed compact that sets out the critical priorities for stability and sustainable economic development in the country.

The bank has pledged to work with authorities in Somalia to “develop sound regulatory frameworks” in the finance, extractive industries and ICT sectors (49-page / 10.2 MB PDF).

The bank said: “Increased compliance with international regulatory standards can unlock investment, facilitate increased integration in regional and global economies, and build confidence in the role of the state in managing the economy. Policy and standards-setting are key functions of effective government and can generate confidence within Somalia’s business community if properly consulted, prepared and implemented.”