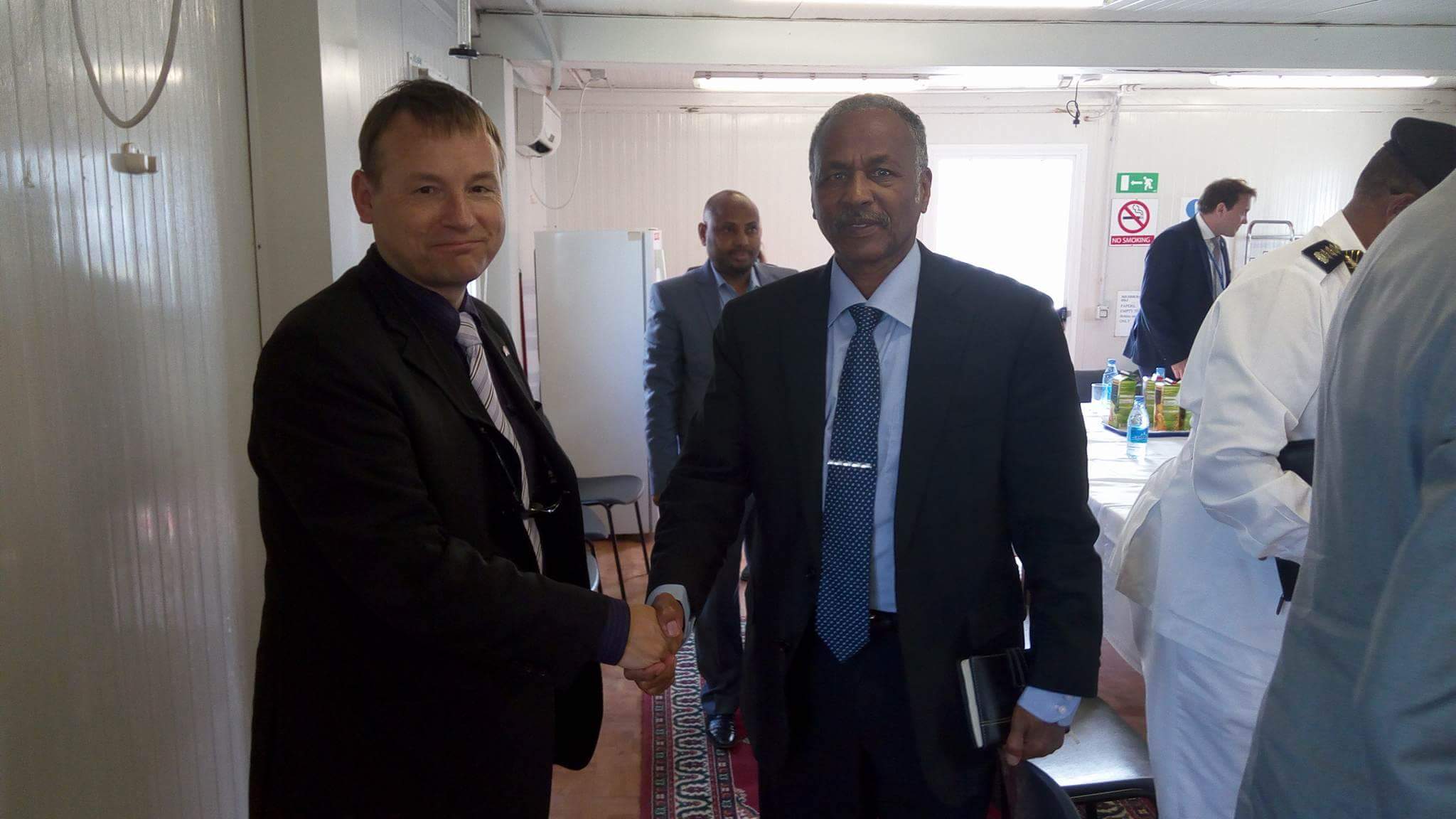 Somali Defence Minister Abdulkadir Sheikh Ali Dini , said in a meeting with the delegation from the German government and led by the Director General of the Ministry of Foreign Affairs of the Federal Republic of Germany to the Commission on Africa, Ambassador Georg Schmidt, they discussed the strengthening of support Some of the German government.

Dini Minister thanked Germany for its support always stand in Somalia , especially in terms of building security . “I applaud the German government to support military construction , and start with Ambassador Georg was again strengthening our country will support the stand of the Federal Republic of Germany ,” said Minister Dini . The meeting was also attended by officials from the Ministry of Defence and senior government and military officials in Germany.