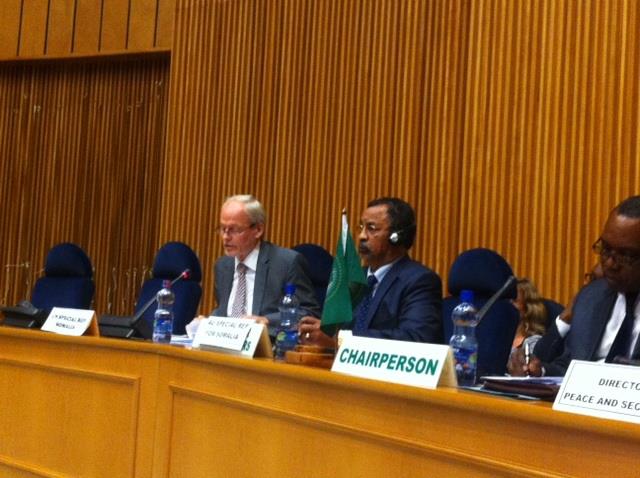 Djibouti (HAN) March 19, 2014 – The loss of Somali territory appeared to funnel Somali national Army’s energies back to governance and away from failed state. Always a source of tension within the group, al-Shabaab’s national interests began to take a back seat to the priorities of the broader terror network, a series of assassinations has given Al-Shabaab militant group the upper hand in South and Central Somalia last Year.

As the balance within al-Shabaab was tipping, the African Union mission (AMISOM) that had so effectively damaged the group was also stagnating. A purported increase to AMISOM’s mandated troop number in 2012 – from 12,000 to 17,731 – only accounted for the incorporation of the Kenyan units and Ethiopian forces who are already inside southern Somali key towns. A key element of U.S. strategy (AFRICAM) to defeat al-Shabaab in Somalia, AMISOM troops are stretched thin today and the Somali national army (SNA) led by Gen.Dahir Aden Elmi (Indhaqarsho) is now fully prepared to take on Somalia’s security this year, 2014.
Briefing Note: A car bomb targeted recently appointed Interim Jubba Administration security chief Ahmed Ibrahim, known as Niinille, in Kismayo in Lower Jubba region on March 1. The explosion killed three and wounded five, including member of Ibrahim’s staff. Ibrahim was not aboard the vehicle and escaped injury. No group has claimed responsibility for the incident.

An improvised explosive device (IED) detonated near Somali government troops in the Yaqshid district of Mogadishu on March 2. The blast wrecked a Somali government vehicle and prompted Somali soldiers to open fire indiscriminately, reportedly injuring nearby civilians. Separately, an IED blast targeted an AMISOM convoy in Mogadishu’s Heliwa district on March  2. Although reports indicate the blast inflicted casualties, exact figures remain unclear. No group has claimed responsibility for either incident. The Ugandan military announced the contribution of 410 additional troops to AMISOM on March 2. The new troops, adding to as many as 6,000 Ugandan soldiers currently operating in Somalia, are intended to enhance security by guarding UN facilities.

Somali President Hassan Sheikh Mohamud’s February 27 presidential decree appointed Hassan Mohamed Hussein, known as Mungab, mayor of Mogadishu and granted Hussein authority over all security matters within the capital. As a result of the decree, Hussein controls the Mogadishu office of the Somali National Security Agency and the city’s police command. Separately, security operations were conducted in the Hodan, Yaqshid, and Heliwa districts of Mogadishu on March 3. At least 24 individuals were detained during the security operations due to suspected links to al Shabaab.