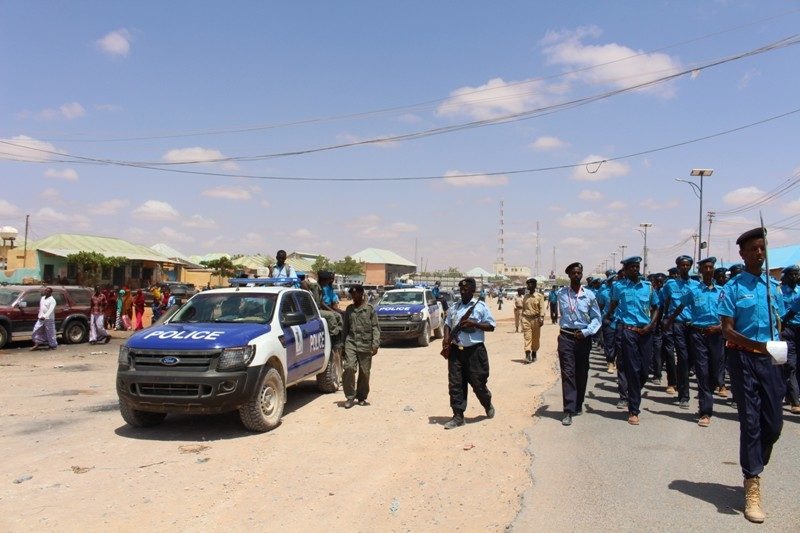 DHUSAMAREB – The Galmudug regional parliament has on Wednesday approved the establishment of the regional police force.
The meeting chaired by the speaker Mohamed Nur Ga’al, unanimously endorsed the Galmudug Police Force Bill submitted by the Ministry of Security led by Ahmed Moalim Fiqi.

Minister Fiqi thanked the state parliament for their overwhelming support for the bill in which his ministry submitted to parliament last week.

Federal Members are allowed to form and manage their own regional police force following agreement reached in Baidoa on July 2016.

The regional police forces have a limited mandate that allows them to operate in autonomy at the administrative level.