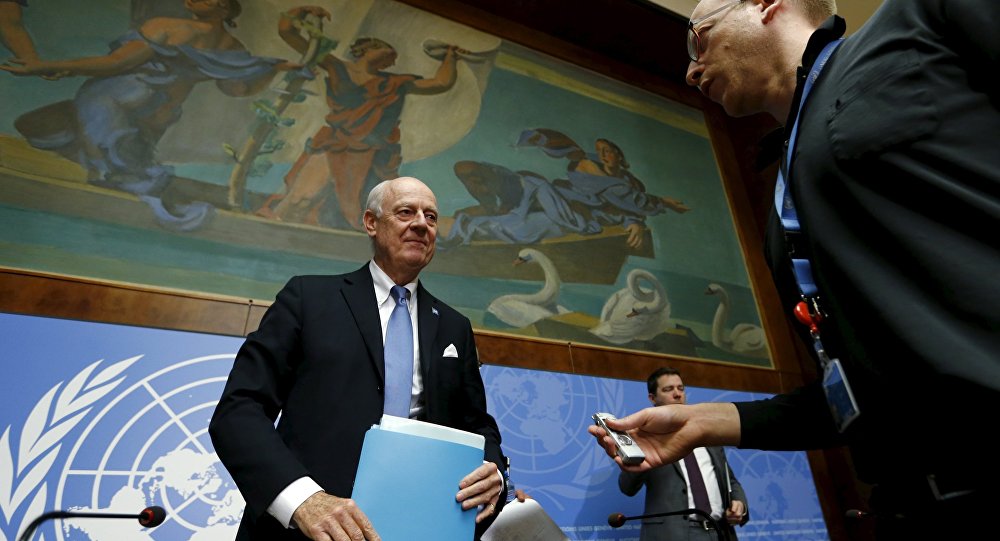 The report produced jointly by the UN Assistance Mission in Somalia (UNSOM) and the Office of the UN High Commissioner for Human Rights says that 2016 represents a “critical juncture in Somalia’s political transition,” and highlights the encouraging progress towards more inclusive elections and accountable government since 2012, including the rebuilding of State institutions and the adoption of important new laws, including one on political parties and one on the creation of an independent National Human Rights Commission.

The report shows that Somalis have been able to play a role in the State formation process, thanks to the organization of nationwide consultations. Although the organization of universal elections had to be postponed to 2020, the electoral process is already much more participatory. In 2012, the 275 members of the Lower House were selected by 135 clan elders, but this year they will be chosen by some 14,000 delegates.

However women remain seriously under represented, holding only 14 per cent of the seats in the Federal Parliament. “Women competing for seats are particularly vulnerable,” the report says, noting “the predominance of the role of the clan elders in public affairs represents the main obstacle to women’s participation,” and the strong discrimination women face in all areas of their life.

The report also states that freedom of expression, which plays a central role in the building of democratic States, especially in times of political transformation, continues to be significantly limited.

Despite the “vibrant media culture” in Somalia – which hosts more than 90 media outlets and scores of websites and blogs – numerous violations aimed at journalists and political leaders are documented in the report, including killings, attacks, arbitrary arrests and detention, intimidation, harassment, closure of media outlets, confiscation of equipment and blocking of websites.

The dangers facing media workers and public figures are illustrated by the fact that, between August 2012 and June 2016, a total of 30 journalists and 18 parliamentarians were killed in Somalia.

The report also documents 120 cases of arbitrary arrest and detention of media workers between January 2014 and July 2016.

Al-Shabaab has prohibited all media to operate in areas under its control and has been targeting media workers across the country. But federal and state-level security forces, including the National Army, the Police and the National Intelligence and Security Agency, are main perpetrators of violations against media workers and political activists. Radio Shabelle has been particularly targeted, with five serious incidents between 2013 and 2015. The report states that the authorities have made very limited efforts to investigate and prosecute such violations.

The National Intelligence and Security Agency (NISA) routinely disregards safeguards, including access to legal representation and family visits. Political activists and journalists are detained in the NISA detention centre, together with Al Shabaab suspects, with no judicial oversight. In a worrying development, since February 2016, the NISA has started using the media to show Al Shabaab suspects confessing their crimes.

The report welcomes the new Federal Media Law, adopted in January 2016, which guarantees a number of freedoms, including the right to inform. But it also expresses concern about the law’s unclear terminology, which allows for subjective interpretation and undue restrictions to freedom of expression, and the laying down of steep penalties for journalists judged to have violated its provisions.

Many violations of the right to freedom of expression are in fact based on allegations of spreading “false information,” an ill-defined crime – punishable by sentences of up to six months in prison – that is frequently used by the authorities across the country to close media houses or arrest journalists.

Restrictions on the grounds of national security are also common. While security threats are obviously very real in Somalia, the internationally agreed exceptions to the right to freedom of expression are narrow and exceptions should not be used to stifle political speech, the report says.

The report stresses the need to strengthen the justice system to better protect freedom of expression. Legitimate concerns persist over the independence of the judicial system, as it continues to be shaped by clan-based politics, corruption and lack of oversight.

As a result, there is limited accountability for human rights violations. Since January 2015, only ten of the 48 journalists and media workers who have been arrested have been brought before a court.

“Somalia has made great progress in recent years, after decades of conflict and violence,” said Special Representative of the UN Secretary-General for Somalia, Michael Keating. “But Somalis continue to suffer multiple human rights deficits. They need and deserve accountable institutions. We are encouraged by the fact that federal and state governments are taking the report seriously.

We understand that the relevant agencies are reviewing its contents and recommendations. We hope that it will prompt measures that will improve their performance and result in greater enjoyment of human rights by all Somalis. ”

“Strong, independent and critical journalism is a vital element of any democratic State,” said UN High Commissioner for Human Rights Zeid Ra’ad Al Hussein. “Attacks against individual journalists and media organizations have a deeply corrosive impact on democracy, with profoundly negative repercussions on freedom of expression and human rights in general. I urge the Somali authorities, both at the Federal and State levels, to take prompt action and ensure that all violations of the right to freedom of expression, including the various serious attacks perpetrated against media workers, are fully investigated, irrespective of the identity of the perpetrators.”