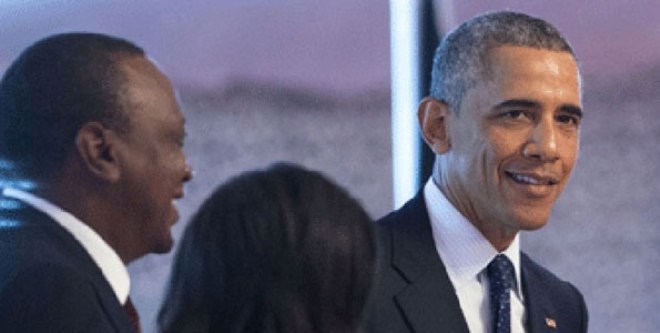 MOGADISHU (HAN) January 5, 2016 – Public Diplomacy and Regional Stability Initiatives News. Inviting Tanzania’s new president to the White House, opening a US embassy in Somalia and resetting relations with Sudan are among the Africa initiatives President Barack Obama should take in his final year in office, a retired State Department official suggested on January 3, 2014.

Johnnie Carson, former assistant secretary of state for Africa, also advised the American president to dispatch John Kerry, the top US diplomat, on “an extended visit” to Burundi, Rwanda, Uganda, the Democratic Republic of Congo and Congo-Brazzaville. Writing on the allafrica.com website, Mr Carson pointed to “daily political and ethnic violence in Burundi” as one reason for Secretary of State Kerry to travel to the Great Lakes. That region is following “a negative political and security trajectory,” Mr Carson warned.

President Obama’s highest-ranking emissary could also seek to prevent “further democratic backsliding” in direct talks with the leaders of Rwanda, the DRC and Congo-Brazzaville, the former official added. These heads of state are “threatening to extend themselves in office in violation of their constitutions,” Mr Carson observed.

A White House meeting with Tanzanian President John Magufuli should be considered particularly important because the recently elected leader “does not have any major ties to the United States.” Tanzania, the most populous state in East Africa and a close US ally, can also play a critical peacemaking role in Burundi and eastern DRC, Mr Carson wrote.

Somalia, once the epitome of a failed state, has made significant progress during President Obama’s seven years in office, said the man who held the State Department’s top Africa post during the president’s first term.

The president should likewise elevate Washington’s diplomatic relations with Khartoum, Mr Carson suggested. The government of Sudan “has not been a good international actor” and has carried out “mass atrocities in Darfur,” the long-time Africa hand acknowledged.

“But US-imposed comprehensive sanctions on Khartoum have not isolated the country nor weakened its government,” Mr Carson added. The US could strengthen diplomatic relations with Sudan “while maintaining its sanctions regime on the government and its demands that President Omar al-Bashir address the serious human rights charges against him,” Mr Carson said.

Nigeria was the focus of other Africa-related actions he urged President Obama to take prior to leaving office on January 20, 2017. The president should visit Nigeria in the coming months, Mr Carson advised. “The continent’s economic, political, communications and petroleum giant, and its most important state,” was not on President Obama’s itinerary during any of his five visits to Africa since 2007, Mr Carson noted