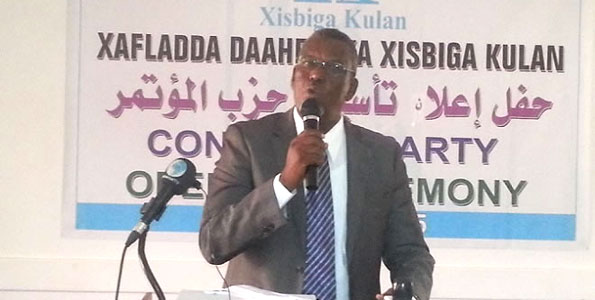 The deadly incident occurred near K4, a roundabout that links the city’s Adan Abdulle International Airport and the presidential palace.

Mr Haji was rushed to Madina Hospital, the largest referral medical facility for victims of violence in Mogadishu, but died soon afterwards.

He was driving when his car was hit.

His male passenger sustained injuries classified as not life threatening.

The former minister was the leader of a political unit called Kulan.

Though not registered, Kulan is a highly visible party with a sizeable support base.

Mr Haji was also a member of the Transitional National Parliament that was formed during the Somali reconciliation conference at Arta town in Djibouti in 2000.

No group has so far claimed responsibility for the bombing, but the Somali government’s security apparatus usually blame the Al-Qaeda linked Al-Shabaab for such attacks.