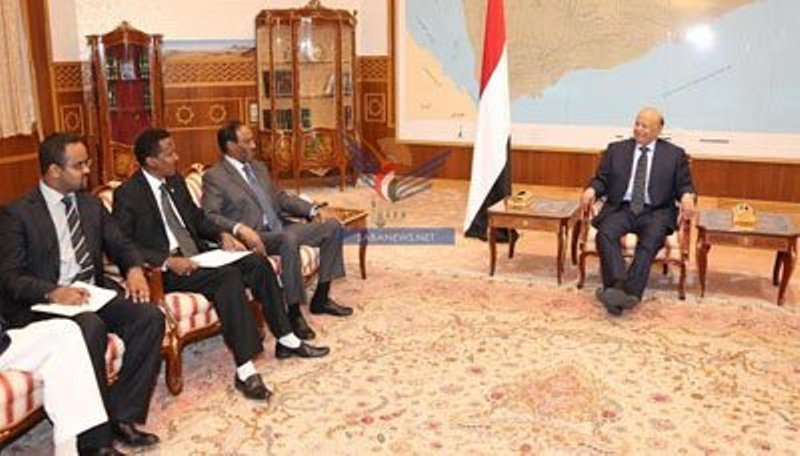 The two sides agreed on the formation of a Yemeni-Somali Joint Technical Committee to translate the keenness of the two countries to boost cooperation and to follow up the implementation of the agreements signed between them. During their meeting Prime Minister Bahah and Foreign Minister Beyle also discussed developments in Somalia and what has been achieved so far within the framework of national reconciliation towards realizing the overall security and stability for the Somali people. The Prime Minister underlined Yemen’s support for all efforts aimed at bringing peace in Somalia