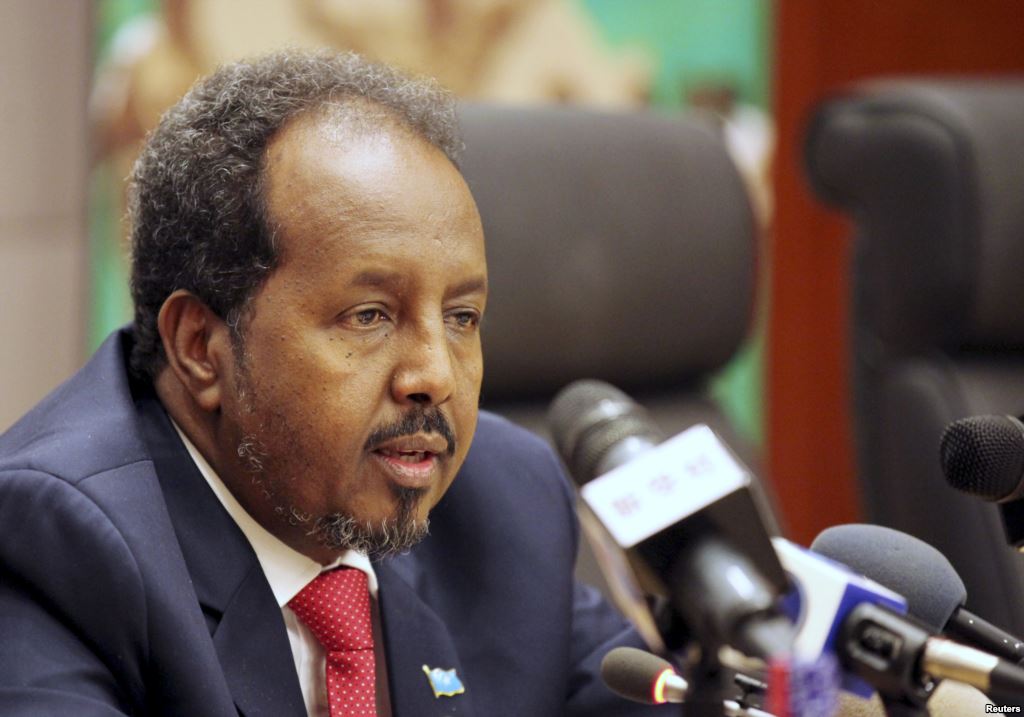 NEW YORK (HAN) September 28.2015 PRESS RELEASE. Mini-Summit 2-The President of the Federal Republic of Somalia, Hassan Sheikh Mohamud, has welcomed the suggestion made by Djiboutian President Ismail Omar Gelle to host a follow-on summit on behalf of Somalia for the Troop Contributing Countries (TCC) to the African Union Mission to Somalia (AMISOM). President welc

omes Djibouti’s call to host a summit for Troop Contributing Countries to Somalia.

The President was speaking at a TCC side event summit held at the UN Headquarters in New York to discuss how to better coordinate the military and stabilization operations by Somali National Army and AMISOM troops.

“We thank our African brothers and sisters for their sacrifices in the pursuit of peace, and pay tribute to their courageous efforts. We look forward to the TCC Summit so that we can continue discussions begun here to improve AMISOM’s effectiveness, coordination with the Somali National Army and also to begin the process of preparing for AMISOM’s eventual departure from Somalia.

“We must ensure that we are establishing a national army that is operational, well-resourced, supportive of the peaceful aspirations of Somalia and contributing toe the security of the Horn of Africa and East Africa regions. The engagement of our TCC partners will be essential in this endeavor. We hope that your contribution to Somalia will be part of the new stable Somalia we are building,” said the President.

Djiboutian President IsmaIl Omar Gelle, and other officials who spoke at the TCC Summit urged the international community to continue supporting Somalia in creating an effective national security sector for the benefit of regional and global security.

The suggested follow-on TCC Summit is expected to be held in Djibouti in late October 2015.