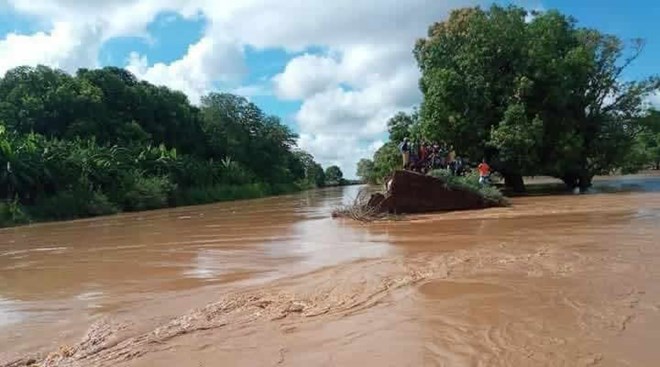 BELEDWEYNE (HAN) May 16. 2021. Public Diplomacy and Regional Stability Initiatives News. Monitoring Regional Issues. Travel to the regional capital of Hirshabelle has been cut off after intense flooding rendered the roads unusable, according to local officials and residents.

Hirshabelle administration Minister of Relief and Disaster Management Abdimahad Abdullahi Qoorgaab told VOA that floods have cut off roads on both sides of the city and that flooding has displaced over 7,000 families in the area.

He added that the planes can barely land at the regional airport and that a small boat is required to traverse the city.

Fact#1: people are suffering when funds were available for over a year.
Fact#2: still busy with bureaucratic excuses and games.
#Fact#3: the proof is in the pudding. Floods are at still damaging people and livelihoods.
Sorry too little too late! @ItalyinSomalia @SwedeninSomalia https://t.co/hIvVzQaqtS

“The flooding cut off all access points to the city. You can only enter (Jowhar) with a boat.

Qoorgaab said the families affected by the flooding also lost their livelihoods.

“The crops were flooded just before the harvest, and their livestock were also killed in the flooding.”

The president of the Hirshabelle region Ali Mohamed Hussein recently called for an emergency response to assist with the flooding in Jowhar.

The former President of Hirshabellle, Mohamed Abdi Ware, accused Somalia’s Ministry of Finance last week of withholding up to $35 million earmarked for flood response. The ministry denied the charge and said there was no delay in implementing disaster relief projects.