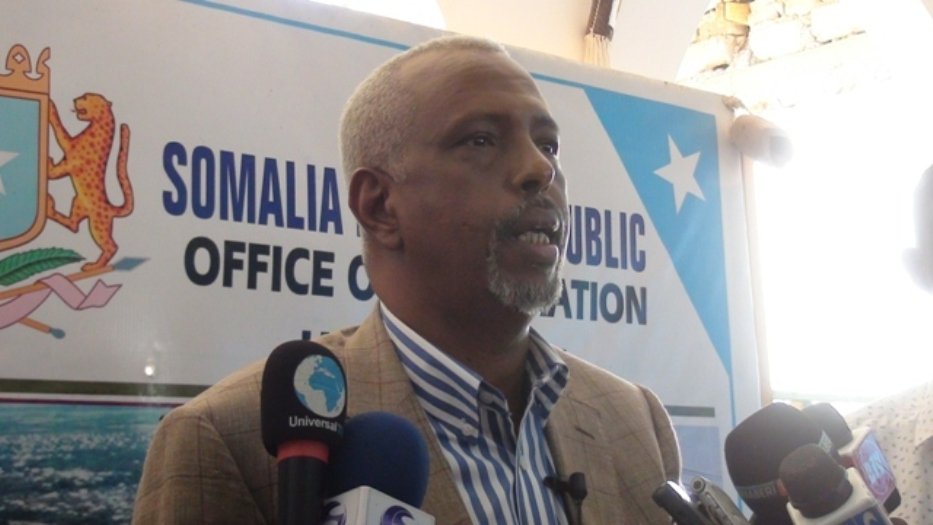 Djibouti (HAN) 27 August, 2017 – Public Diplomacy & Regional Public Opinion. Good example is the end of Osoble Rule in Hirshabelle, Opinion By. Abdullahi Ali Ahmed
Hirshabelle is a regional state within the Federal Member States (FMS) of Federal government of Somalia (FGS). It was found on 9th October, 2016 and completed the drawn federal states jointing other existing functional states of; Puntlan, Jubaland, Southwest; and Galmudug.

The state elected Ali Abdullahi Osoble as its first president in majority vote, and Sheik Osman Barre Mohamed as the speaker of the parliament while Ali Abdullahi Hussein was elected to be the Vice-president of Hirshabelle. The swearing ceremony flowed immediately after they were elected for their positions on the same day.

However, there were some Mps who were not happy the way president Osable was trying to lead the state, accusing him that he is going to lead the state in Island of nowhere. Later on he was accused of enriching tribalism and conflicts in the region. These accuses did not last remain silent but turned to action. On 14th August, 2017 president Osoble was swiftly overpowered by the Mps in a motion chaired by the deputy speaker of the parliament Canab Axmed Cisse in a majority vote. 68 members of the parliament voted for no confidence of Osoble’s leadership, the result of the voting was declared by Canab Axmed Cisse.

Though the motion was highly organized, and president Osoble himself knew the density of the Mps registered in the motion he took no steps to split them, instead he remained in Hiran creating his own dramatic headlines. Then after the motion fruited and produced some serious legitimate decisions he surrounded some of his former cabinet ministries to show they are still in his folder but on the other day they appeared out of yesterday’s folder, they sided with the parliament and make their own accuses to president Osoble of dismantling their ministries with disorganization, and non- corporative action.

The vote seemed to have some controversial roots. The president wasn’t stepped In Jowhar about two months on a time before he was removed out of power; no one knows the real drives of the motion. Though there were some annoying actions by the president after he declared new districts in Hiran region without consulting with the institutions necessary for the process.

A high profile fact-finding committee sent by the government to observe the claims of president Osoble that the motion wasn’t legal concluded by describing what happened as fair and healthier. Following those conclusions made by the committee and considering the decision of Hirshabelle parliament, the interior and reconciliation ministry of the federal government stated a press release calling for presidential election within 30 days from 14th August, 2017.

The mood wasn’t that good between Osoble and the federal government. On the other hand he called for tribalism when he was addressing about the Bennadir position in a meeting attended by a crowd of people in Nirobi on May, 2017, he claimed he is campaigning for Bennadir position but it was an intervention about the issues of the capital city, which is a task lays to the central government.

In summing up all those irritating actions and perspectives Osoble is no longer president today, he lost his position he made no allies in the federal government as well as in Hirshabelle, though it wasn’t right to never trouble a trouble before it troubles he called for devils task and he was smashed by twilight hunters. This lesson is for everyone stands for dictating decisions.

This is a politics be positive, corporate with your local stakeholders, stand for unity, terminate the views of tribalism, people will consider your position in building the bright future of this great country. Apart from that, if you don’t know how to play politics is a way. Play your own political agendas.