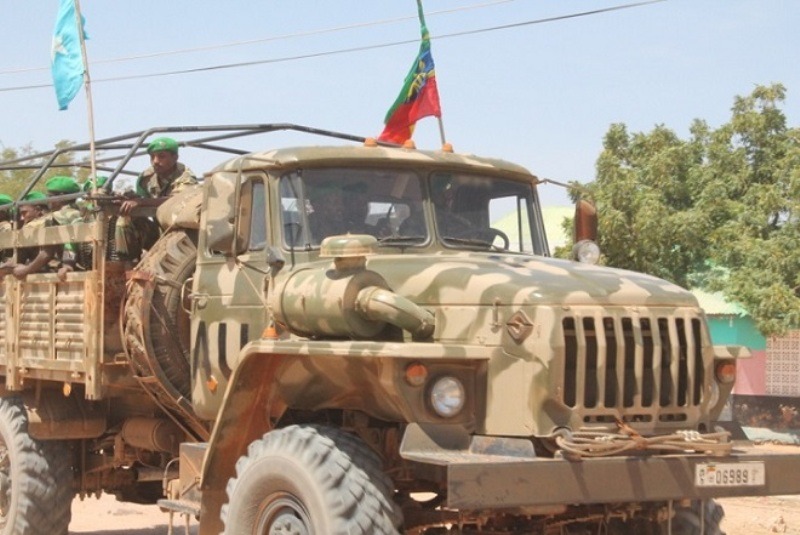 Somalia forces supported by African Union peacekeepers have liberated the strategic town of Tiyeeglow in Bakool region from Al-Shabaab terrorists in the latest attack dubbed Operation Indian Ocean which is aimed at liberating more towns from the militants to ease suffering of the population and increase Somali government control in the country.

Tiyeeglow town is approximately 530 km north east of the capital Mogadishu and lies along the main road from Baidoa to Beletweyne and further to the central regions in Somalia connecting the south to the north of the country. Al Shabaab used to heavily charge money from vehicles plying the route as part of their illegal extortion racket in Somalia.

The latest victory now means the Somali government now fully controls Bakool region after the ouster of the terrorist group Al-Shabaab from all major towns in Bakool region to deny them room and finances to continue funding their atrocities against innocent civilians.

During the latest operation in Tiyeeglow, Al-Shabaab militants did not mount any serious battle and fled the town after planting improvised explosive devices along the main road into the town and within the town itself in a bid to slow the advancing aligned forces in vain. AMISOM forces are currently defusing the explosives in order to make the road and town safe for all.

Acting Head of AMISOM Honourable Lydia Wanyoto Mutende congratulated the AMISOM Sector 3 Ethiopian contingent who supported the Somali forces in liberating Tiyeeglow from the terrorist group al Shabaab describing the victory as good news for all peace loving Somalis and the world at large.

”On behalf of the African Union and AMISOM, I wish to congratulate the brave Somalia forces and their brothers from AMISOM for returning Tiyeeglow to its rightful owners, the Somali people. AMISOM and the Somali government will not rest until the last al Shabaab held town falls back to Somalis. We wish to urge the local population in Tiyeeglow to work with the forces to flush out any terrorists that might still be hiding amongst them in order to maintain peace,” she said.

The AMISOM troops received a new member after Ethiopian forces officially joined the African Union peacekeeping mission in Somalia in January 22, 2014  as earlier approved by the United Nations Security Council (UNSC) Resolution 2124 which authorized an additional force of over 4000 troops to bring the number of AMISOM peacekeepers in Somalia to over 22,126 strong force.