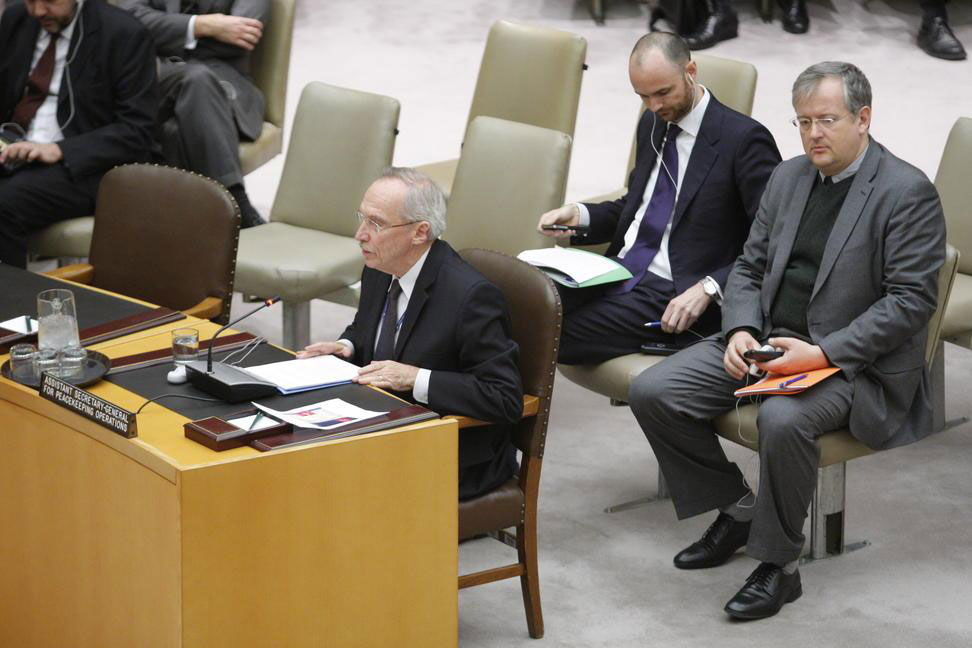 New York (HAN) July 18, 2015 – Public Diplomacy and Real-time national security updates. The Assistant Secretary-General for Peacekeeping, Edmund Mulet, told Security Council that despite the progress made towards achieving the benchmarks endorsed by Security Council in 2013 in Resolution 2124 in 2013, which increased the AMISOM troop ceiling, a UN peacekeeping mission at this time would be a high-risk undertaking.

Briefing the Security Council on the Joint African Union–UN Review Mission on Somalia, Mulet noted the Secretary-General has urged the Council to adjust the benchmarks, including political progress and the threat level, to better adapt them to the evolving situation in the country.

He also said, “The benchmarks cover issues related to the political process and the extension of state authority, the threat level, the development of the Somali security institutions as well as the support of the Somalis for the deployment of a peacekeeping operation. I urge the Council to endorse the adjusted benchmarks.”

Mulet stressed, “We are very concerned about the evolution of Al Shabaab’s threat in Puntland and the potential impact of the situation in Yemen. The security of Puntland should not be forgotten by the international community.”
Somalia’s Deputy Permanent Representative to the United Nations Awale Ali Kullane

Commenting on recent Al Shabbab’s attacks, Somalia’s Deputy Permanent Representative to the United Nations Awale Ali Kullane said, “We are concerned about the degradation they have caused over the Ramadan period. Just this Friday, Al Shabaab conducted an attack in Mogadishu. Once again, the attacks were repelled, but we need to be able to degrade Al Shabaab’s capacity to conduct these attacks.”

He also said, “It is important to support AMISOM and maintain its troop level in Somalia, and provide it with enablers to improve its efficiency.”

Kullane added that the Somali government welcomes the recommendation of the UN Secretary-General for the international community to begin a gradual hand-over to Somali security institutions.

The Somali representative stressed that the problems of armed violence in Somalia would not be resolved by working on the security front alone.

He said, “We need your support to build the capacity of Somali institutions in Mogadishu and in the Interim Regional Administrations. We also need to provide opportunities to the youth of the country, develop infrastructure, and progressively tackle the roots of the violence.