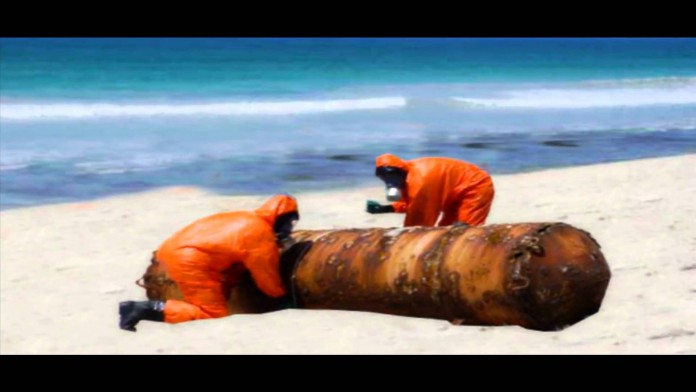 One of the consequences of state collapse in Somalia in 1991 was that foreign companies began dumping harmful toxic waste along Somalia’s largely unguarded coastline. 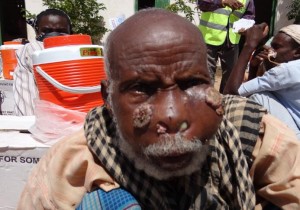 rms manufacturers and Somali militias is what led to her murder in Mogadishu in 1994.

In 1997 the environmental NGO, Greenpeace, confirmed that Swiss and Italian companies were acting as brokers for the transportation of hazardous waste to Somalia.

Later, the United Nations Development Programme concluded that the dumping of toxic waste was “rampant” along Somalia’s coastline and that local communities were developing chronic diseases such as cancer as a result.

Somalia’s coastal waters were also exploited by foreign fishing companies. In the 1990s, ships and trawlers from Europe and Asia began illegally fishing in Somalia’s waters, depleting the region’s rich marine life and depriving local fishermen of their livelihoods.

It is widely believed that illegal fishing by foreign trawlers gave birth to piracy in Somalia as impoverished fishermen sought other ways of earning a living. Of course, the hijacking of ships by Somali pirates was facilitated by an international network of brokers, who also benefited from piracy, thereby ensuring that it remained a source of income for many jobless Somali men.

Now that European and other countries are policing Somali waters, incidents of piracy have reduced drastically, but other threats remain.

Recently I came across a document that shows that none other than the Somali government may be willingly entering into deals with foreign companies that would allow hazardous waste from other countries to be dumped in Somalia.

According to the document, a London-based company has allegedly entered into a contract with a country in the Middle East for the export of hazardous municipal household waste to Somalia.

The Somali government has apparently given this company a two-year licence to dispose of hazardous waste from this Middle Eastern country in Mogadishu through local companies that claim that they will use the waste to generate biogas.

Are foreign governments and companies taking advantage of a governance and regulatory vacuum in Somalia to dump their toxic waste in the country? And is the Somali government willingly accepting this waste for a fee?

I am not able to verify the authenticity of the document, but I would hardly be surprised if the Somali government had entered into such a deal.

In 2013, President Hassan Sheikh Mohamud entered into a deal with the British company, Soma Oil & Gas, for oil exploration in Somalia even though he had earlier expressed fears that the country was too fragile to risk entering into such contracts.

Analysts warned that the deals could ignite further divisions in the country, particularly in oil-producing regions, and especially because there were not adequate legislative provisions in place to regulate the oil sector.

There were also concerns that oil deals would pave the way for more corruption. These concerns were so widespread that in July 2015 the UK’s Serious Fraud Office opened an investigation into Soma Oil’s dealings with the Somali government.

In May last year, Bloomberg Business revealed a draft production-sharing agreement between Soma Oil & Gas and the Somali government that indicated that Somalia could end up paying up to 90 per cent of its oil revenue to the British company, thereby conferring unusually high benefits to the latter.

Barnaby Pace, a campaigner with the watchdog Global Witness, described the agreement as a “terrible deal for the Somali people”.

What shocks and dismays many people is why the government of a country that has already been traumatised by more than two decades of civil war, anarchy, and now terrorism would enter into deals that have the potential of causing further instability, environmental degradation, and under-development.

Thanks to the civil war, Somalia already lags behind most African countries in literacy, health, infrastructure, and other sectors. If the looting and destruction of its natural resources is continuing under a post-war government that should ideally be focusing on reconstruction, then what hope is there for Somalia?