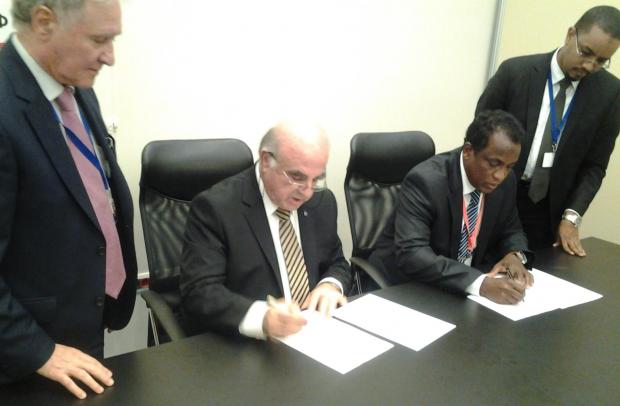 Rome (HAN) June 12, 2014 – The Geeska Afrika Online reported last month that the Fee or price of the crossing Mediterranean Sea has gone down rapidly. They do not need to put too much fuel and food because they know that the journey will be a maximum of 10-12 hours and large sums organizations are profiting from this tragic traffic, he said.

Malta sea security officials believes that “an exit strategy from the Mare Nostrum should be put into place. We need to rethink the organization of the patrol at sea.”

The Island of Malta could be on the verge of an immigration crisis as 800,000 would-be migrants are planning to cross over to Europe in the next few months, According to intelligence sources in Libya.

Malta and Somalia have established diplomatic relations in a move which Prime Minister Joseph Muscat hailed as “an important step forward in the context of the immigration crisis”.

The Foreign Ministry said the documents were signed today by Foreign Minister George Vella and Somali ambassador Ali Said Faqi on the fringes of an EU-Arab League conference in Athens.
The establishment of such diplomatic relations will make it easier for Malta to request the help of Somali experts to identify whether migrants arriving here are genuinely from Somalia, the ministry said.

Malta has, in the recent past, pledged financial help to Somalia. It has been actively engaged in training Somali military personnel and took part in action against piracy off the Somali coast in an EU External action plan.