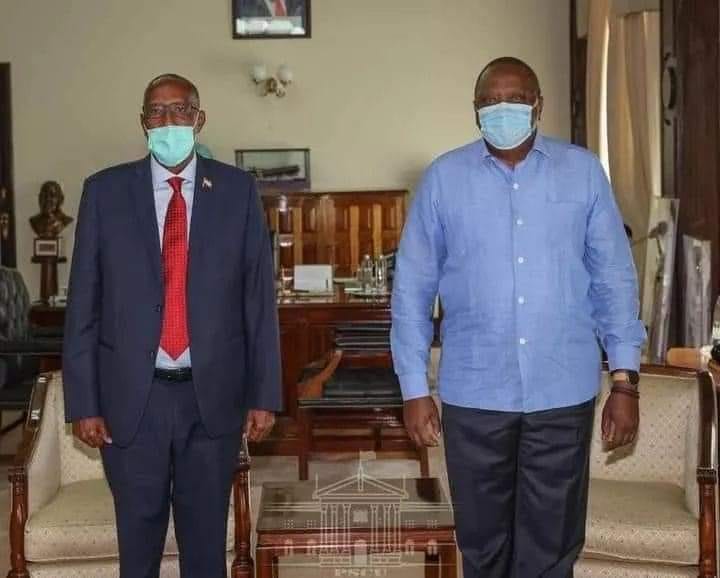 Nairobi (HAN) 17 December, 2020. Diplomacy and Security update.  On this week’s Diplomacy view to the Point.  The Somali government in Mogadishu has cut diplomatic ties with Kenyan Uhuru government, a member of AMISOM sector 3 defense and security on Southern Somalia. All the Somali diplomats from Nairobi will return Mogadishu and Somalia give Kenyan diplomats in Mogadishu seven days to leave , starting 15th of December 2020.

The TV broadcast  was made by the newly  federal  Minister of Information in Mogadishu, Mr. Osman Abukar Dubbe,  who left kenya 5 months ago to join the new Somali government in Mogadishu.

“The Somali government, based on its national sovereignty guaranteed by international law and order, and fulfilling its constitutional duty to safeguard the nationhood, unity and stability of the country, has decided to sever diplomatic relations with the Kenyan government,” he said.

The protest and official announcement was made after Somalia submitted a letter of protest against Kenya to Sudanese Prime Minister Abdalla Hamdok, who is the current chair of  IGAD (The Intergovernmental Authority on Development).

It also comes as Kenya’s President Uhuru Kenyatta hosted the President of the self-declared republic of Somaliland, Muse Bihi. Somaliland declared independence from Somalia in 1991 but is not officially recognized by the United Nations (UN), African Union (AU) or any country. The Farmajo Government accused the Uhuru government of Kenya of meddling in its internal regional affairs issues, such as Puntland State, Somaliland and Jubaland State.