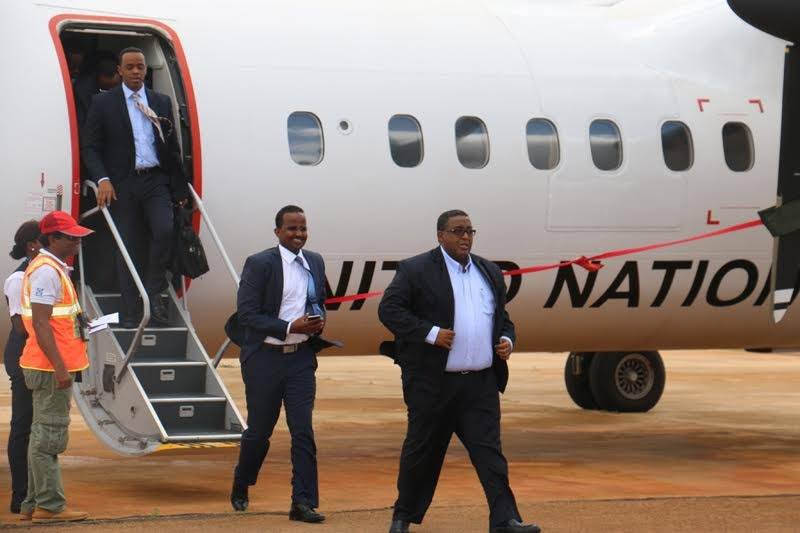 Talks between the two sides focused on the ways of restoring the strained ties and disputes over the legitimacy of Jubbaland parliament. Speaking at a joint press conference with Sharmarke, Jubbaland President said that they stressed the need to move forward and the formation of joint committees in light of the prevailing political rift. “We agreed to resolve the complaints and we named committees that will discuss solutions to disputes,” President Sheikh Ahmed Mohamed told reporters.

Prime Minister Sharmarke who returned to Mogadishu wished that both Puntland and Jubbaland will play a pivotal role in Somalia’s political transition ahead of 2016 elections. On June 6, Somali Members of Parliament voted in favor of a controversial motion in a session marred by delays and lack of quorum. Jubbaland Vice President Gen. Abdullahi Sheikh Ismael (Fartag) reacted with the suspension of cooperation with UN-backed national government on the same day. GoobJoog