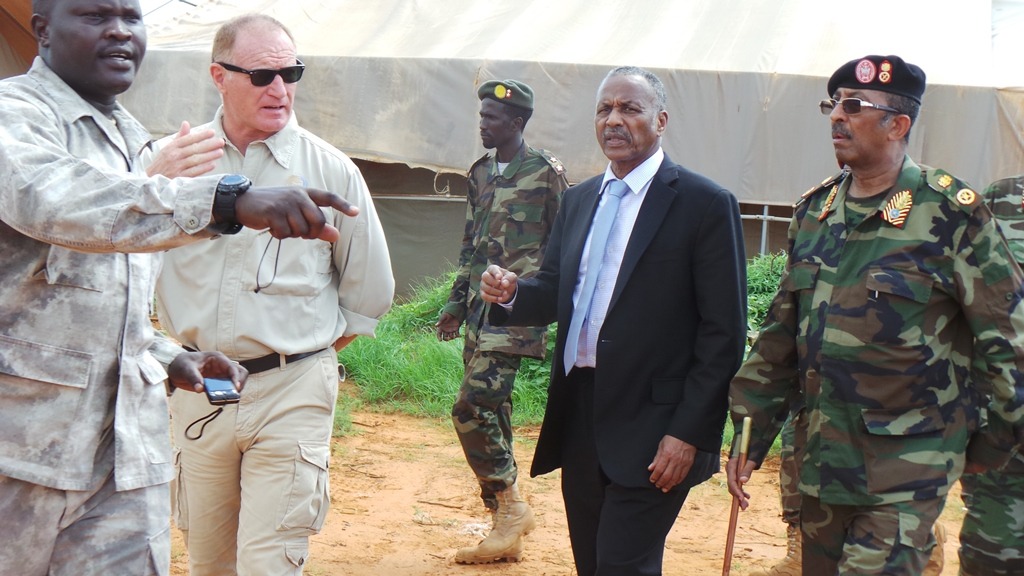 The federal Somali minister  was accompanied by the Chief of General Staff and the commander of the air force among other officials, Minister Diini was briefed on the security situation and ongoing activities of the joint forces.

The federal Somali minister of defense  Diini said the trip was a fact finding mission that sought to assess the preparedness of the forces and what they needed to successfully carry out their duties. “I commend you for your bravery in dealing with the enemies. You are offering a selfless services to your country and we thank you for that. Both the government and the citizens of this country appreciate the good work you are doing for the country that seeks to re-establish its honor and dignity” said the minister.  The federal Somali minister of defense  assured the forces in Bali-dogle military Air base for  government’s support for their accomudations and training to safeguard Somalia.