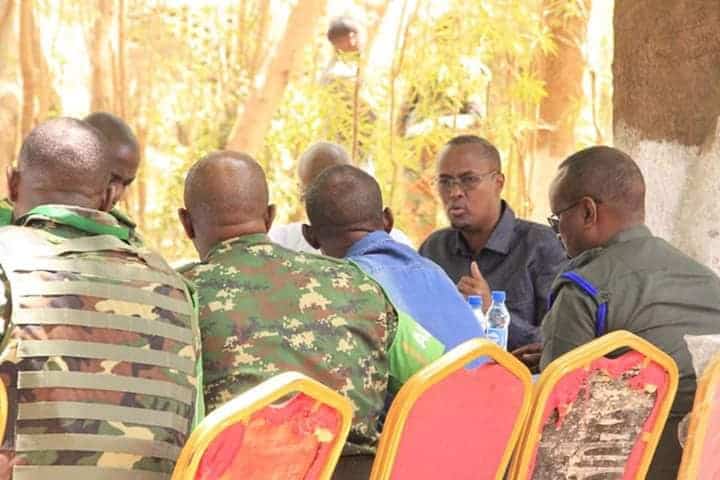 Djibouti  (HAN) December 6th, 2020. Crisis Viewpoint and  Regional Security. Opinion by Mohamed Mohamud Adde. There are dark clouds of civil war hanging over Somalia once again, if the  International Community does not act quickly and hold accountable those  people who are working on Somali  political melt down. Somali people can NOT afford and will not allow the state affairs to continue as they are.
It is not a secret and reports are everywhere that people are arming themselves before our noses. Indications are grim and something ought to be done in order to avert a bloody confrontation.

There is ample evidence that the current administration does not have the confidence of the bulk of the  people and regional states of this country including the government institutions. The executive failed to function as it ought to be,  because of its constant interference into democratic processes stipulated in the draft constitution.

To explain the issue clearer, let me give you a bit of background  on how Somalia got into this dangerous territory: It is well documented  by human rights groups what had happened in South West local elections and the blood path that followed. The government  concealed its hand by distracting the world by asking the  former UN envoy to leave the country.

The same policy was repeated in local Galmudug presidential election where many candidates had withdrawn from the race when their complaints had fallen into deaf ears. After the election there, the government illegally used its troops to enforce the election result.  Unfortunately, many people lost their lives and were injured  including government soldiers.

In Puntland local election, the region had been closed when officials there sensed the intention of the federal government. Election was held satisfactorily, despite little hiccups here and there.

In Jubaland, the officials there followed suit the Puntland model and results were widely disputed. The commotion was led by the federal government. But facts on the ground made everybody eventually accept the result. Mind you, the government and Jubaland mistrust are deep and no resolution is insight.

(sources confided with me that violence is imminent there  if the talks between Gedo  and Garbaharay regional elders and former politicians and the Kenya government fail. They are planning their future after the current Somali administration within Jubaland State.)

Coming to Hirshabelle, the people of Hiiraan district wanted a proper reconciliation to take place before the Hirshabelle State presidential election. The government has ignored this suggestion and implemented its policy without the consent of people.

Hiiraan might have had genuine complaints but it never got the right attention to address these issues. The people in Hiiraan are forced to exercise their Constitutional right. It is wise to heed their demand as there will be no way out.

I left for the reader to reflect the dispute of the government and Somaliland unionist over the announced disputed electoral committee and other unspecified matters.

It is clear to all Somalis who are on the wrong side of the Somali political crises. All figures point to the current administration. It has lost the plot and things are falling apart. It is time for the president and his team  to be held accountable for underming Somali political process.

Hirshabelle meltdown is a clear sign of what is to come, therefore, the International Community ought not to allow this country to slip into prolonged civil strife again. The end.