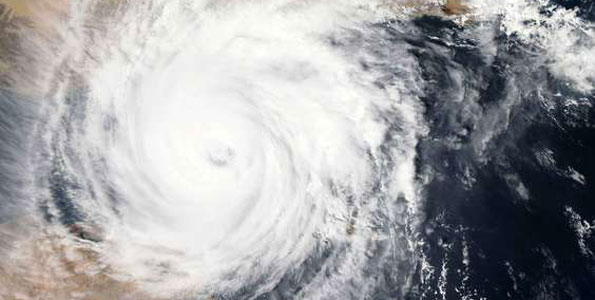 MOGADISHU (HAN) November 11, 2015. Public Diplomacy & regional Security. The residents of northeastern Somalia’s Puntland are counting their losses after Cyclone Chapala hit the region last week. The strong winds coupled with heavy rains hit Gardafu, the most easterly province that is adjacent to the Gulf of Aden and the Indian Ocean.

Bareda District Commissioner Said Yusuf Dirie headed the committee that assessed the damage in the semi-autonomous state, about 1,600km northeast of Mogadishu The committee report said: “1,307 families lost properties to the cyclone.”

The report added that the cyclone badly affected the public services infrastructure and sources of livelihoods. It added: “The cyclone devastated facilities in such sectors as education, health, fishery, leaving entire families with no reliable source of livelihoods.” Mr Dirie urged the government of Puntland, the federal government of Somalia and aid agencies to aid the affected coastal communities.

Puntland President Abdiweli Mohamed Ali Gas Tuesday said at Garowe, 1,000km northeast of Mogadishu, the damage caused by the cyclone was extensive. “The rains and winds had collapsed houses, business premises and the offices of Alula and Bareda districts while entire roads were cut off,” said President Gas. He appealed for relief support. The same coastal victims of Chapala cyclone were in December 2004 affected by Tsunami that originated from Indonesia’s Sumatra Island.