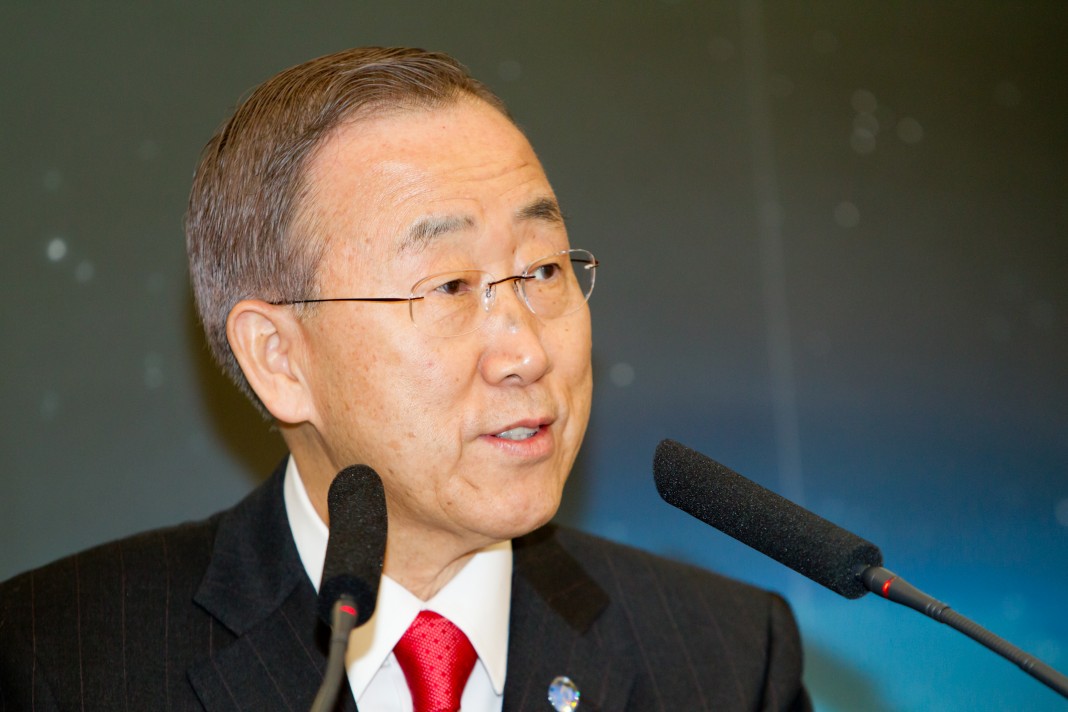 Participants congratulated President Hassan Sheikh Mohamud, the Somali authorities and the people of Somalia on the peaceful end of transition, which represented a historic moment for Somalia, and an important step towards improving peace and security.  We paid tribute to the work of the Roadmap Signatories, Traditional Elders, National Constituent Assembly, the new Federal Parliament and the Technical Selection Committee for their roles in ending the Transition.  We welcomed the commitment of the outgoing President to support and work with President Hassan Sheikh Mohamud and urged all political actors in Somalia to cooperate with the new authorities.  We underlined that this spirit of unity should be a guiding principle for all Somali and international actors working towards peace in Somalia.

We reaffirmed our respect for the sovereignty, territorial integrity, political independence and unity of Somalia and pledged our support to a peaceful, democratic, stable and prosperous Somalia.  We recognized that Somalia had entered a new political era and committed to forge a new partnership for peacebuilding and statebuilding, which should be based on principles of national ownership, mutual accountability and transparency.

We welcomed President Hassan Sheikh’s vision for Somalia and his intention to ensure formation of inclusive, broad-based governing institutions.  President Hassan Sheikh outlined his early priorities as:  stabilization, the rule of law and good governance; economic recovery; peacebuilding and reconciliation; public service delivery; improved relations between Somalia and the rest of the world; and the unity and integrity of Somalia.  He committed to transparent and accountable governance, to fighting corruption at all levels, and to ensuring inclusive dialogue and setting up representative and accountable institutions at the national, regional, district and local levels, in accordance with the Provisional Constitution of Somalia. We welcomed the priorities set out by President Hassan Sheikh Mohamud and resolved to ensure that international support is aligned with Somalia’s priorities and is delivered in a coherent, effective, equitable and predictable manner.

We committed to a new Somali-owned and led partnership, which will work towards a compact between the Somali authorities and the international community inspired by the principles outlined in the New Deal, agreed in Busan in November 2011.  We noted the importance of further amendments to the Provisional Constitution and to its full adoption by referendum and elections at all levels.  The international community will support the Somali authorities and people in achieving their priorities for peace and development.  We are all committed to transparent resource management, including through the establishment of any future Joint Financial Management Board, as foreseen in Security Council resolution 2060 (2012).

To ensure that Somalia receives support in the immediate phase, we resolved that the new Somali authorities and the international community would begin to work jointly to identify priority tasks in capacity and institutional building in the areas of security, justice, equitable provision of basic services, economic recovery, human rights, humanitarian access, and good governance, and highlighted the importance of coordination of all actors engaged in Somalia.  We welcomed President Hassan Sheikh Mohamud’s announcement that the Somali authorities, under his leadership, would hold a future meeting with international partners to take these issues forward.

We acknowledged the central role of regional bodies, in particular the African Union and the Intergovernmental Authority on Development, in contributing to peace in Somalia and to bringing an end to the Transition. In this regard, we also noted the contribution of the League of Arab States, the Organization of Islamic Cooperation and the European Union.

We paid particular tribute to the extraordinary sacrifices made by the African Union Mission in Somalia (AMISOM) troop contributing countries, notably Burundi, Uganda, Djibouti and Kenya, as well as by Ethiopia and other partners who provided logistical support for AMISOM, and the Somali National Security Forces, who had lost their lives in the service of peace.

We stressed the importance of continued support to Somalia’s security sector, including by providing training on international human rights and humanitarian law, and the protection of civilians, and to consider ways to provide immediate support to, and foster cohesion within, the Somali forces operating alongside AMISOM.  We emphasized the need for an inclusive dialogue among Somalis over the future security architecture, in line with the Provisional Constitution, and noting specifically the need to engage women.  We recalled that the full transfer of security responsibilities to the Somali security sector must remain the ultimate goal.

We pledged to rapidly enhance support to the justice sector, including support to an independent judiciary that contributes to accountability and counters impunity.

We acknowledged the valuable contribution of international organizations and Member States towards combating piracy and armed robbery, as well as hostage-taking off the coast of Somalia, underlined the primary role of the Somali authorities in this regard and recognized the need for continued efforts to repress piracy and tackle its underlying causes through a combination of deterrence at sea, strengthening rule of law institutions, developing appropriate legal framework, including laws to prosecute those who finance, plan, organize, facilitate or profit from pirate attacks, with a view to ensuring the effective prosecution of suspected pirates and those associated with piracy attacks off the coast of Somalia, maritime capacity-building, and supporting sustainable livelihood and development initiatives on land.  We stressed that the full respect of the relevant international law is a necessary precondition for the effectiveness of the anti-piracy response and international cooperation.

We renewed our support for developing critical national economic infrastructure and revitalizing the economy as key steps towards building national resilience.  We recognized the importance of the private sector in bringing stability and prosperity to Somalis and stressed the important role of the Diaspora in revitalizing economic development, including through remittances.  We pledged to support the capacity of civil society to contribute to a peaceful society and accountable, representative governance, noting the significant contribution of women in this regard.

We acknowledged the importance of strengthening accountability for violations and abuses of human rights.  We emphasized the importance of respecting human rights, individual freedoms and international humanitarian law, and encouraged the Somali authorities to pay special attention to the rights of women and children, including by implementing Action Plans with regard to children and armed conflict.  We welcomed that the Provisional Constitution foresees the establishment of an independent National Human Rights Commission.  We noted efforts by AMISOM to protect civilians in the conduct of operations and encouraged continued efforts by AMISOM and the Somali National Security Forces to take measures to ensure the safety of civilians in all operations, including through the establishment of mechanisms to assess and mitigate the negative impact of hostilities on civilians.  We encouraged the UN to support the establishment of local, and where appropriate, international bodies to investigate human rights violations and abuses or recommend options for addressing them.

We acknowledged the critical role of the United Nations, in particular the Special Representative of the Secretary General, Augustine Mahiga.  We expressed supportfor the continued role of the United Nations and for the UN to extend their reach, especially in newly recovered areas.  We stressed the need for a coherent approach by the UN and between the UN and its partners, especially the African Union.  We welcomed the Secretary General’s intention to conduct a Review of the United Nations strategy and presence in Somalia, in consultation with the Somali authorities and all relevant stakeholders, and with a view to delivering as one UN.  We also welcomed the intention of the African Development Bank, Islamic Development Bank and World Bank to renew their engagement in Somalia.

We expressed our appreciation to those Member States and international organizations providing funding and support for AMISOM and the Somali National Security Forces, and urged other donors to help shoulder this burden to ensure sustainable support for security in Somalia.  We acknowledged the significant role of the European Union, including through its Training Mission and Africa Peace Facility, as well as the significant support provided by the United States, Italy, Japan and others.  We noted the initiative by Turkey to establish a Restructuring and Rebuilding Fund for the Somali Security Sector.  We emphasized the importance of coordinating our support to security sector development through the Joint Security Committee.

We noted that elements intent on frustrating peace in Somalia remain.  We expressed concern about the threat posed to Somalia and the international community of terrorist attacks by armed opposition groups in Somalia, in particular Al-Shabaab, and we welcomed the determination of the international community to take measures against both internal and external actors that attempt to undermine the peace process in Somalia.

We expressed serious concern that 2.1 million people remain in need of sustained humanitarian assistance and a further 1.8 million at risk of sliding back into crisis, while welcoming that famine conditions have not been present since January 2012.  We affirmed the need to ensure that all parties allow full, unhindered humanitarian access; to continue to support and protect humanitarian efforts, based on the principles of humanity, independence, neutrality and impartiality; and to prevent the misuse of humanitarian aid.  We emphasized the need to build resilience against future shocks through sustainable livelihoods and social services for Somalis and welcomed the adoption of a three-year Consolidated Appeal Process.

We encouraged Member States, regional and international organizations to normalize their relations with Somalia, and when possibleto establish diplomatic presences in Mogadishu.

We noted the sustained and unified support of the international community to Somalia.  We reaffirmed our strong commitment to supporting a more peaceful and stable Somalia, and committed to meet again to discuss concrete steps for supporting Somalia.