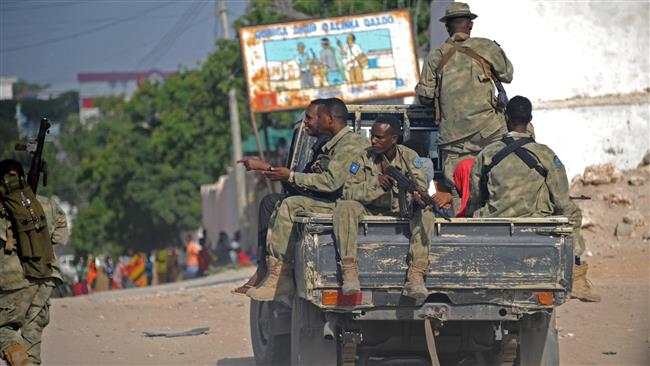 MOGADISHU (HAN) May 16.2016. Public Diplomacy & Regional Security News. Somali forces have launched air and ground assaults on an Al-Shabab base in southern Somalia.

Somalia’s intelligence agency tweeted on Monday that commandos from the U.S.-trained Danab unit had begun an offensive. The operation is targeting the town of Barire, which lies 25 miles (40 kilometers) outside the capital Mogadishu in the Lower Shabelle region.

U.S. troops were on the ground advising the Somali commandos, who were also accompanied by forces from the African Union Mission in Somalia (AMISOM), the BBC reported. U.S. officials have not confirmed the operation, but U.S. forces have conducted several operations inside the Horn of Africa state so far in 2016, including targeted drone strikes which reportedly killed more than 150 Al-Shabab fighters at a training camp 75 miles (120 kilometers) north of Mogadishu, though the Al-Qaeda aligned group denied the death toll was that high.

Newsweek contacted AMISOM for confirmation of its participation in the offensive but did not receive a response by the time of publication. AMISOM deploys 22,000 troops inside Somalia from several countries including Uganda, Burundi, Ethiopia and Kenya. The state-run Somali National News Agency reported that the Danab soldiers captured Al-Shabab fighters and freed hostages in the group’s captivity, though this has not been independently confirmed.

Al-Shabab have launched almost daily suicide bombings and gun attacks in Somalia since the start of 2016, attacking military, government and civilian targets. Militants raided an AMISOM base in El Adde, in Somalia’s Gedo region near the Kenyan border, in January. Somali President Hassan Sheikh Mohamud said that up to 200 Kenyan soldiers may have been killed in the attack, though Kenya’s military has not provided a specific death toll.