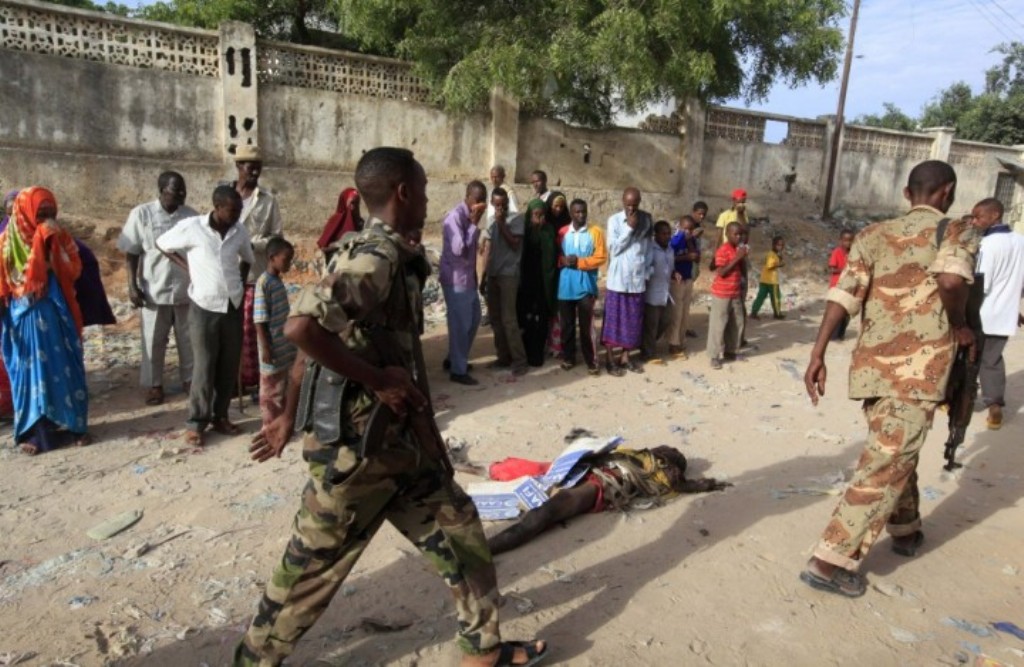 Mogadishu (HAN) August 26, 2014 – Regional safety and security illegal monetary funding news. Somali government vowed that it will take legal step against illegal taxes collectors in Bakara Market a day after the business owners in the market closed the country’s biggest marketplace in protest of armed people pretending to be government tax collectors (Al-Shabaab Supporters in Mogadishu).

The Somali Cabinet ministers, the Benadir regional administration and representatives from the Chamber of the Commerce took an urgent meeting chaired by the deputy Prime Minister Ridwan Hersi Mohamed following the  protest that led to the closure of the main Mogadishu market, known as -Bakaaraha.

Minister of Information Mustaf Dhuhulow told reporters that the government ordered the security forces to take legal step against armed people pretending to be government taxes collectors and to safeguard the business community and the citizens in Mogadishu.

“All business people are due to pay the tax under the rules of the country, meanwhile any differences that emerge from the port duties and other revenue collection places will be resolved in collaboration between the taxpayers and the tax collectors.” the minister added.

The Minister strongly mentioned that the government will not tolerate armed people pretending to be government officials and taking illegal taxes from the main markets and the business doors.

“Taxes can be imposed in subject with the laws and can only be provided to appropriate government institutions.” the minister added.

On Sunday, the Ministry of Finance rebuffed allegations from the Bakaro Market business committee claiming that new taxes were imposed on the market.

In the past weeks, business people in Bakaro have made complaints against armed people claiming to be government officials and using fake receipts to generate money from the business goods brought to the market.

Photo: Somali police walk past the body of a suspected al Shabaab militant who was killed in the market – Bakaro