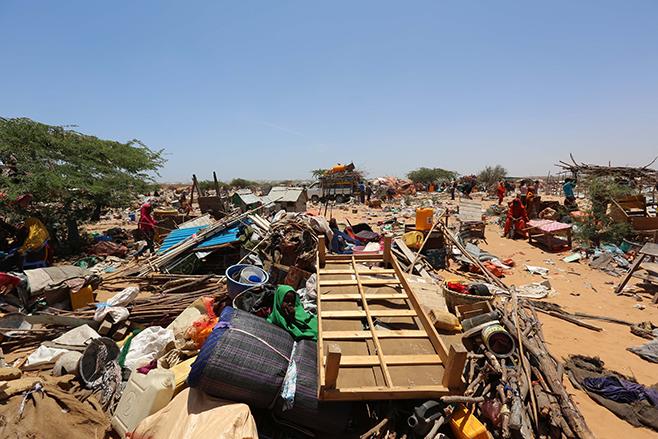 MOGADISHU (HAN) January 27, 2016 – Public Diplomacy and Regional Stability Initiatives News. The Somali government and the Islamist armed group Al-Shabab placed civilians at excessive risk from conflict-related and other abuses during 2015.

There were clashes over the creation of federal states by the government with the backing of the international partners. Displaced populations remained vulnerable to sexual violence and forced evictions. And Al-Shabaab carried out unlawful, indiscriminate, and targeted attacks against civilians.

“Three years since coming to power, Somalia’s government hasn’t been able to provide basic security for the civilian population in areas under its control,” said Leslie Lefkow, deputy Africa director at Human Rights Watch. “These problems are compounded by Al-Shabaab’s indiscriminate attacks and interference with humanitarian aid.”

In the 659-page World Report 2016, its 26th edition, Human Rights Watch reviews human rights practices in more than 90 countries. In his introductory essay, Executive Director Kenneth Roth writes that the spread of terrorist attacks beyond the Middle East and the huge flows of refugees spawned by repression and conflict led many governments to curtail rights in misguided efforts to protect their security. At the same time, authoritarian governments throughout the world, fearful of peaceful dissent that is often magnified by social media, embarked on the most intense crackdown on independent groups in recent times.

Al-Shabaab, which remained in control of significant swathes of the country, attacked civilians and civilian infrastructure and carried out numerous targeted killings and executions. Warring parties, including government forces, allied militia, opposition armed groups, and the African Union Mission to Somalia (AMISOM) and other foreign forces committed violations of the laws of war, resulting in numerous civilian casualties.

Tensions over the creation of a new interim regional administration in central Somalia led to open conflict, resulting in abuses against civilians. In February, fighting in the central Somali town of Guri’el between government forces and a Sufi militia resulted in civilian deaths and massive displacement.

In late 2015, repeated clashes between forces from Puntland and the newly formed Galmudug regional administration in the contested town of Galkayo resulted in at least nine civilian deaths, and dozens of civilians were injured. According to the United Nations, the fighting displaced at least 90,000 people.

The government failed to protect the capital’s hundreds of thousands of internally displaced people from serious abuses, including sexual violence, and did not adhere to its own new displacement policies by forcibly – and at times violently – evicting displaced people from informal settlements. During the first eight months of 2015, more than 116,000 people were forcibly evicted, the UN reported. In March, government forces forcibly evicted more than 21,000 people in Mogadishu during one operation, beat evictees, destroyed shelters, and left them without water, food, or other assistance.

In Somaliland, the authorities on occasion arbitrarily arrested journalists and critics of the government. They also failed to sufficiently protect people with psychosocial disabilities from involuntary confinement and medication, chaining, and beatings in public and private institutions.

“In the name of political expediency, key reforms and actions needed to curtail Somalia’s ongoing rights crisis were brushed aside in 2015,” Lefkow said. “Moving forward, Somalia’s government and its international partners should rein in abusive forces and make accountability a priority.”