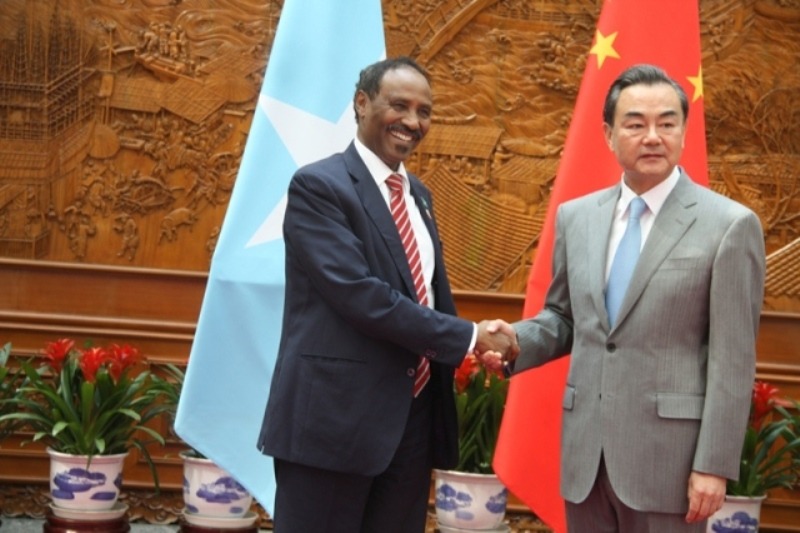 Hargeisa (HAN) January 10, 2015 – Public diplomacy and Regional resources news. Somaliland’s Awdal region is rich in minerals and petroleum and has therefore attracted several international mining firms. Some of these companies, are said to be operating on invalid agreements and contracts.

The Federal Ministry of Petroleum and Mineral Resources of Somalia,  has been closely monitoring the illegal activities of ARC, a Chinese company. ARC has been involved in the illegal digging and mining for minerals in the Simodi mountain ranges in the Awdal region of Somalia. These activities are a violation of Somalia’s territorial integrity and national sovereignty. These activities are also a threat and an immediate danger to the fragile but improving political situation in Somalia.

Somalia’s foreign minister says China’s recent decision to reopen its embassy there marks a new chapter in relations between the countries. Abdirahman Duale Beyle says he wants China to play a major role in rebuilding the country.

ARC’s illegal activities have already caused civil turmoil and tensions among communities in the region following the company’s introduction of armed militia to protect its illegally obtained mining acreage. It has been noted that ARC’s activities have also caused the large scale displacement of inhabitants in the area and the destruction of private property. ARC’s activities are very similar to other companies that have engaged in activities that have caused environmental degradation, and the illegal disposal of harmful chemicals without regard to water tables, grazing lands, and underground aquivors.

The Ministry, in order to mitigate the consequences of civil turmoil and tensions in the community, hereby provide official notice to ARC to cease and desist immediately from their illegal mining activities in the Simodi mountain ranges in the Awdal region of Somalia. The Ministry also provides notice herein that ARC’s activities have already caused clan tensions and political difficulties in Somalia, a country just emerging from conflict after 24 years.

The Ministry hereby officially requests that the People’s Republic of China assist and support the Somali Federal Government’s efforts to stop the illegal mining activities of Chinese companies. This request is made on the basis of the historical close relationship between the two nations.

The Somali Federal Government, represented herein by the Ministry of Petroleum and Mineral Resources, provides a stern warning to all companies operating illegally in Somalia on the basis of suspect, invalid and illegal agreements and contracts with individuals and organizations. The Federal Government of Somalia has exclusive jurisdiction over foreign affairs and by extension agreements with international companies. These illegal activities, contrary to industry best practices, have already leaded to the extraction and theft of valuable minerals from Somalia.

The Ministry of Petroleum and Mineral Resources hereby urges ARC to cease its activities responsibily and immediately, to desist from further activities, and to leave the country. ARC’s activities are not only a violation of Somali laws related to the extraction of natural resources but also a violation of Somalia’s immigration laws whereas citizens of China are illegally present in Somalia and conducting activities without work permits.

The Ministry of Petroleum and Mineral Resources hereby informs ARC and other companies illegally operating in Somalia that the Federal Government of Somalia will take a legal action to protect the rights of Somali citizens and to safeguard the fragile peace in the country. Federal Government of Somalia is not also responsible for the safety and security of any individuals or companies operating illegally and without the government’s knowledge in Somalia.

The meeting between Chinese Embassy in Mogadishu and the Ministries of the Foreign Affairs and Petroleum & Mineral Resources was only the issue of ARC, a Chinese company, which resulted a huge local communities displacement, clan conflicts, looting of natural resources, violation of international laws, breaching of national sovereignty and unity of the country, all UN resolutions towards Somalia and hampering the International Community’s efforts on the stabilization of Somalia.