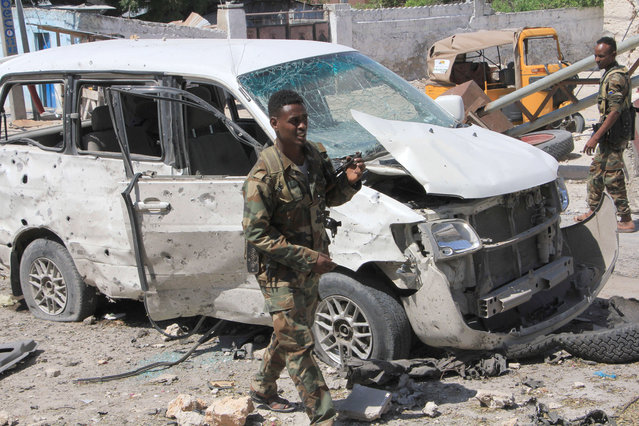 MOGADISHU. A car bomb wounded at least four U.N. guards when it exploded near a United Nations compound in Somalia’s capital Mogadishu on Wednesday, police said.

“We can confirm that four guards working for the United Nations were injured,” Major Nur Osman, a police officer at the scene, told Reuters.

The bomb was planted in a car parked in a garage outside facilities belonging to the United Nations Development Programme (UNDP), Osman said.

“We are behind the blast that injured at least three U.N. guards this morning,” al Shabaab’s spokesperson on military operations, Sheikh Abdiasis Abu Musab, said.

The militants often carry out such attacks in the capital in their fight to topple the Western-backed government and impose an strict interpretation of Islam on Somali territory. (Reporting by Feisal Omar and Abdi Sheikh; Writing by Aaron Maasho)