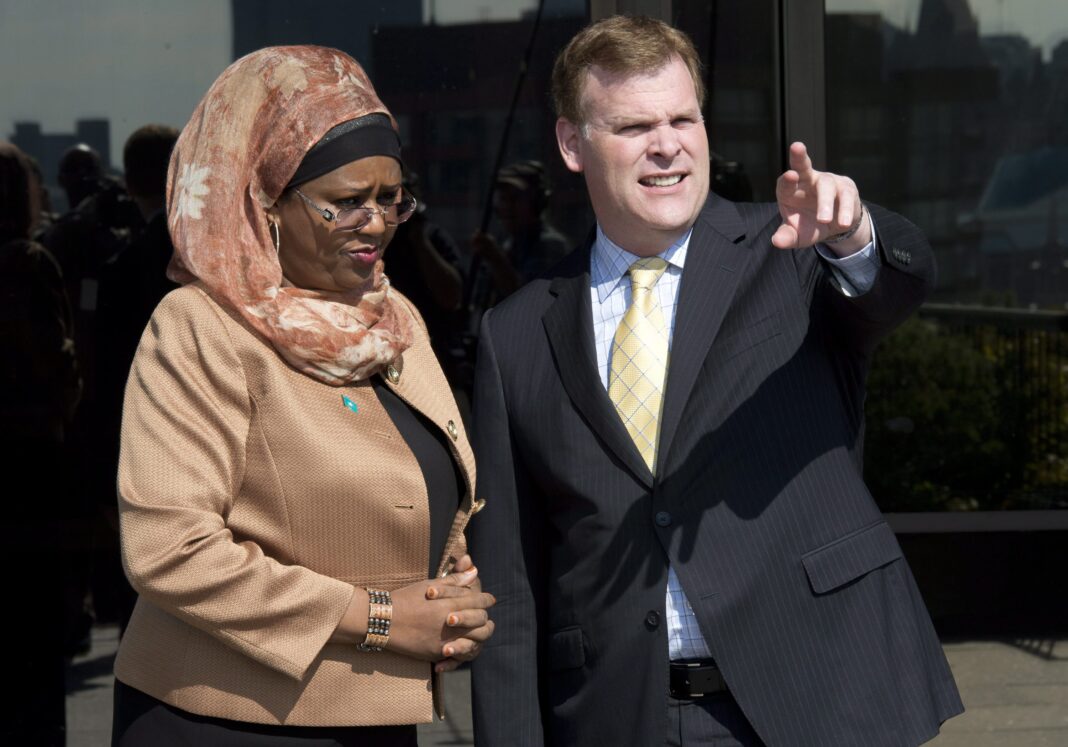 Ottawa (HAN) October 2, 2013. By Michelle Zilio. After more than 20 years of limited diplomatic relations, Canada and Somalia are hoping to trade embassies in the near future.

“We are going to soon nominate our ambassador to Washington, who will be a resident ambassador for Canada,” said Adam. “Soon after that we will have an embassy and the Somali flag flying in Ottawa.”

While Baird said Canada would “love” to see embassies open in both countries, he did not clearly indicate when Canada would open a mission in Somalia. He said that “fiscal realities” and the security costs in the capital city of Mogadishu are obstacles holding Canada back.

“I think it would be certainly be a goal and objective of mine in the coming years to see the Canadian flag flying over Mogadishu. I think one of the ties that bind us are the 300,000 plus Canadians of Somali descent,” said Baird.

Last September, Hassan Sheikh Mohamud was elected president of Somalia. According to the government of Canada’s website, the formation of the “new, more representative and accountable government is a critical step toward rebuilding Somalia” after more than 20 years of conflict.

“We want to be part of the new Somalia, in economic development, in job creation, in growth,” said Baird Tuesday.

Baird’s comments came five months after Canada announced it would re-establish diplomatic relations with Somalia. David Angell, Canadian high commissioner in Kenya, was accredited as ambassador to Somalia in May. Angell is also accredited in Burundi, Uganda, Rwanda and South Sudan.

Until May, Canada had not had an ambassador accredited to Somalia since 1990, shortly before the government collapsed as a result of civil war in the 1980s and early 1990s.

Despite the recent enhancement of diplomatic relations, DFATD continues to advise Canadians against all travel in Somalia, as the government cannot provide consular assistance to Canadian citizens in distress there.

Tuesday’s meeting between Baird and Adam comes ten days after the al-Qaida-linked Somali terror group al-Shabaab claimed responsibility for a deadly assault at a shopping mall in Nairobi, Kenya.

Following the attack, Baird offered Canada’s support in the “fight against al-Shabaab international terrorism” – a commitment he followed through with Tuesday. At the press conference, Baird announced that Canada will provide $6 million to help address security issues, conflict management and human rights in Somalia. Canada will also contribute $500,000 to prevent child and forced marriage in the east African country.