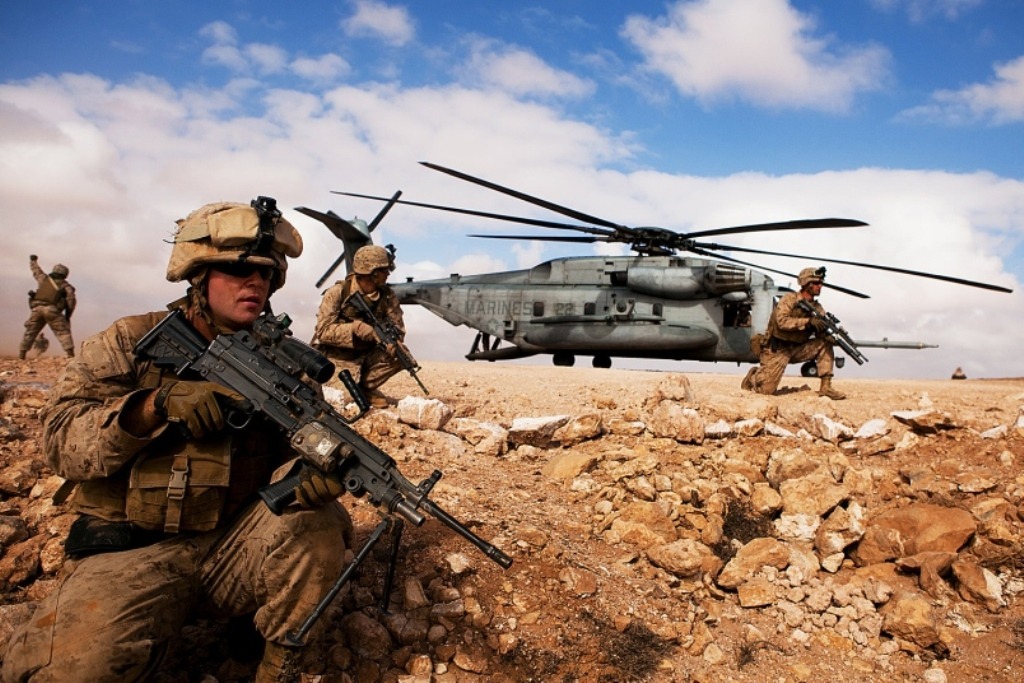 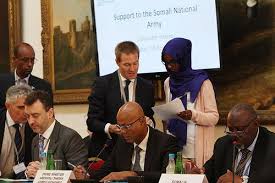 The following British Strategic Defense and Security  communique on Support to the Somali National Army (SNA):

The Somali National Army is currently engaged in joint operations with (AMISOM), targeting Al-Shabab, under Operation Indian Ocean. It is key to both the success of this campaign and in providing long term security and stability to Somalia. In this regard, we thanked AMISOM and the Somali National Army for their continuing efforts and successes. Noting the sacrifices both have made, we registered our deepest sympathy for those that have lost their lives or been injured, and their families; and committed to continue our support for both.

This meeting was convened to debate the strengthening of the Somali National Army in the short and medium term, and to ensure that donor support for the Somali National Army is optimised to enable this. Our discussions centred around the Federal Government’s vision for an affordable, accountable and professional Army, and its capabilities and requirements; the parallel political and fiscal tracks that are critical to the development of the Army; a mutual accountability framework through which we can monitor and evaluate progress; and a follow-up mechanism to ensure targeted and coordinated interventions.

The Federal Government outlined the Ministry of Defence’s path to development of the Somali National Army up to 2019, and the immediate requirements of its troops. We agreed that it represented a realistic vision, including on the parallel political and economic tracks, and that efforts to support the Army should be focussed, in the immediate term, on those troops currently in theatre, fighting alongside AMISOM. We agreed this focus would be essential to the success of the joint offensive targeting Al-Shabab and the consolidation of gains in newly recovered areas. We, therefore, committed to focus our assistance, through both new initiatives and the review and adjustment of current support, on the Somali National Army’s immediate requirements, noting the difficulties of simultaneously having to fight a war and undertake reform. Basic training should be standardised and delivered inside Somalia.

In this regard, we welcomed the ongoing work of the Federal Government of Somalia, AMISOM troop contributing countries and the United Nations in the provision of refresher training and Human Rights training in order that Somali National Army troops in theatre are able to receive United Nations-mandated logistical support through the UN-administered trust fund. We called on all to ensure this training and the biometric registration of troops is completed as soon as possible, and on United Nations Support Office for AMISOM to ensure logistical support is delivered in a timely and coordinated manner. We welcomed the commitment of regional countries to assist in the ongoing efforts to train the Somali National Army.

We discussed the importance of transparency and accountability, and welcomed the Federal Government’s commitment to them. Moving forward, we agreed it would be important that the Federal Government and donors were able to better demonstrate progress against both. We agreed that a Mutual Accountability Framework would help in doing so, and that it should focus on parallel political and fiscal tracks critical to the Somali National Army’s development. And that, within each pillar, clear and achievable key benchmarks would be identified, against which progress can be measured.
We welcomed the Federal Government’s commitment to integrate regional militias, in consultation with regional partners, by 2016. We agreed that effective integration is an essential step along the way to both Somali National Army development and linked state-building goals; the integration of local militia forces into the Somali National Army, and other federal and regional security structures, is a critical part of the formation of a federal Somalia. We welcomed progress on the Federal Government’s roadmap on the integration of forces and agreed to develop rapidly a concept note and detailed plan setting out the principles of said integration. Noting that timely implementation of the roadmap will be critical to efforts to support the immediate development of the Army, we agreed that the integration process would be the key political benchmark against which progress would be measured and should therefore constitute the cornerstone of the Mutual Accountability Framework.

We agreed that there should be three other pillars to the Framework, and that, as set out by the Federal Government, these should relate to arms embargo compliance, fiscal planning and human rights compliance. These would be complemented by the collective donor offer to better coordinate and target support, and to improve timeliness and execution of delivery, focussing on Federal Government priorities.

The Federal Government has previously committed to taking all measures necessary to comply with the United Nations Arms Embargo and has started implementation of these, with a view to its eventual lift. We welcomed its reaffirmation of this, the efforts it is already making to comply and its future plans, as set out today, to address outstanding compliance issues as identified by the Somalia and Eritrea Monitoring Group, including through the work of the Arms and Ammunition Steering Group.

Noting the Federal Government’s commitment to upholding human rights standards, we welcomed its plans to institute those standards throughout the Somali National Army during these early stages of development, and the identification of milestones along the way.

We welcomed the Federal Government’s commitment to financing Somali National Army salaries as soon as it was able, and noted that, in the meantime, support to assist them to do so was crucial. We agreed that the Federal Government’s ongoing public financial management reform work (through the Ministry of Finance) should provide the framework for the development of a financing strategy for the security sector. A public expenditure review of the Somali security forces, including the Somali National Army, should be central to those discussions.

We noted that this meeting was the start of the important process of developing the SNA. We agreed that a fully coordinated effort is essential to ensuring progress. In this regard, we welcomed the United Nations Assistance Mission in Somalia’s table detailing donor support to the Somali National Army and undertaking to ensure it remains current and so a useful tool for targeting and de-conflicting support as part of the implementation of the Somali New Deal Compact.

We noted that implementation will require consensus and a clear and coherent approach from both the Federal Government, through its national security architecture, and from international partners through relevant coordination mechanisms. We agreed that those mechanisms must ensure follow-up and monitor and evaluate our collective efforts. We welcomed the United Nations Assistance Mission in Somalia’s offer to marshal these efforts, through the Mogadishu-based Defence Working Group, and its undertaking to arrange a follow-up meeting within three months to evaluate progress. We committed to facilitate the development of a chronological, standardised, synchronised and prioritised development plan for an inclusive, multi-region and professional Somali National Army, developed jointly by the Federal Government of Somalia and international partners, to present at that meeting.
We welcomed, too, the undertaking of the co-Chairs of PSG2 (United States of America and Turkey) to ensure that development of the Somali National Army is factored into efforts on wider security sector reform under the New Deal Compact’s Security pillar – Peacebuilding and State-building Goal 2 (PSG2). We agreed to attend follow-up meetings in Mogadishu under the auspices of PSG2, before and after the High-Level Partnership Forum in Copenhagen, and undertook to communicate our efforts to develop the Somali National Army to the wider international community at the High-Level Partnership Forum on 19-20 November 2014.

During the course of the day, we welcomed the announcement of donor commitments, including an additional pledge of $5m to the UNSOA Trust Fund from the US Government, to address some of the immediate requirements of the Ministry of Defence and Somalia National Army, including through the provision of training (which should be standardised and localised), logistical support and payment of troop stipends. These will be realised through both recalibration of existing efforts and pledges of new support.