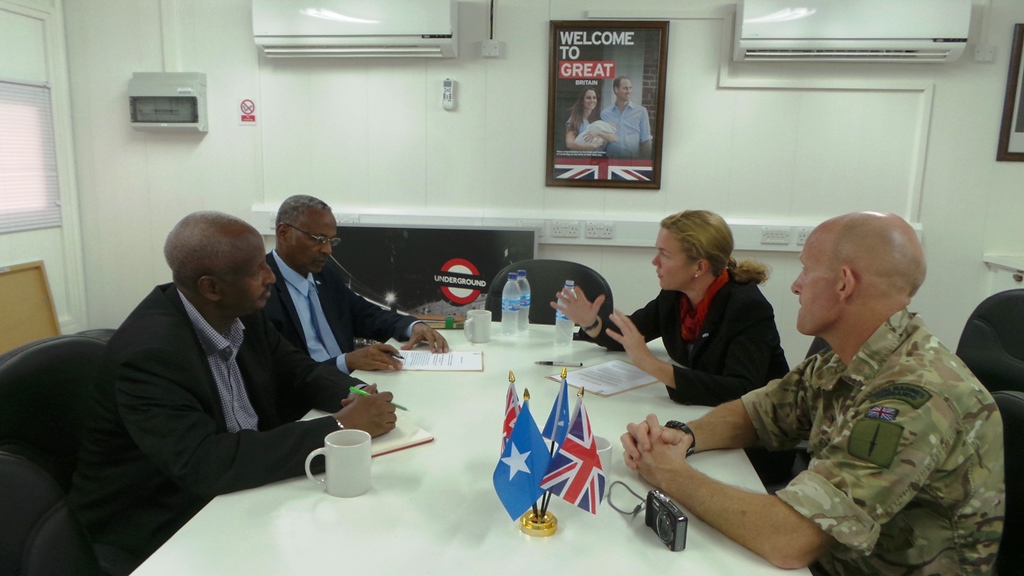 MOGADISHU (HAN) February 3, 2016 – Public Diplomacy and Regional Stability Initiatives News. The federal Government of Somalia and the British Government signed in Mogadishu a security and intelligence deal in the Somali capital Wednesday to engage intelligence and security cooperation in a bid to counter threats from the Al-Qaeda linked militant group in Somalia, officials said.

Somalia which is recovering from decades of war is struggling to contain a deadly insurgency by Al Shabab which continues attacks against the government and African Union forces protecting it.

“This deal would help us in rebuilding the security agencies and established close security cooperation between the two countries to defeat terrorist groups threatening our country.” Mr. Dini said in a statement issued by the defense ministry after the deal.

He called for other partners to help the UN-backed weak government to restore security to the troubled horn of African nation and enable political stability that would help the rebuilding of the army.

Affirming the deal, Ms. Hurriet vowed that UK would stand shoulder-to-shoulder with Somalia in its efforts to restore security and order to the country.

Somalia’s security has gained the international’s attention in recent years due to threats by Al Shabab which extended its reach beyond Somalia by attacking Somalia’s neighboring countries. The group also vowed attacks in the west.