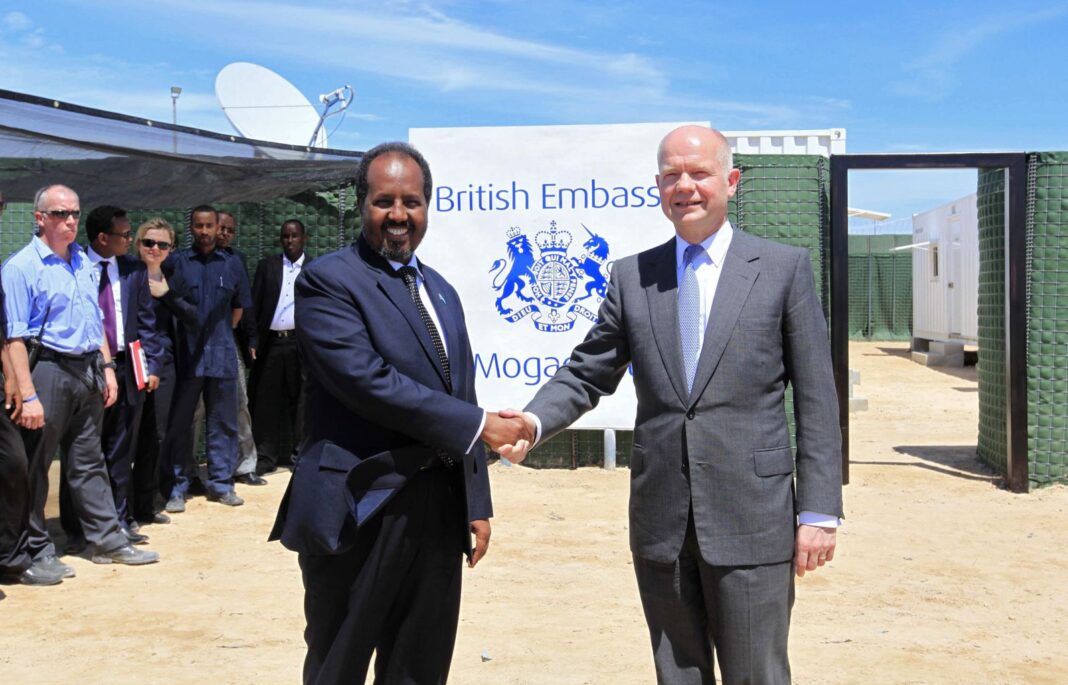 Mogadishu (HAN) January 6, 2015 – Public diplomacy and Humanitarian news. Britain is preparing to send soldiers back to Mogadishu to support the US-led mission to help and re-enforce AMISOM with the Somali security forces fighting against  Al-Shabaab Militants in Southern Somalia to protect neighboring states of Kenya and Ethiopia.

A number of officers are set to help train and advise the Somali national Army (SNA) in Mogadishu. The British elite units will be join an American Halane base that has been established in the Somali capital to protect UN Staff, Diplomats and International Staff.
British Security Strategy in the region.

“The strategy is Somalia first, which is really important,” a British Foreign office source said. “If Somalia fails or the government becomes weak then that is a massive problem in the Horn of Africa. If we are serious then we have got to stop new Somalia failing. If we can stabilise Somalia then we have got a hard shoulder to start putting the squeeze back on Kenya. If we lose Somalia military operations against Al-Shabaab then we are doomed.”

According to Geeska Afrika Online security sources, more British training teams will be sent to the semi-autonomous Somaliland north of Somalia. The Official announcement is expected in the coming weeks to flash-out Al-Shabaab and protect regional assets and e-enforce maritime security in the Country.

In 2012: British Foreign Secretary William Hague visited Somalia’s capital Mogadishu, the Foreign Office announced, saying it was the first trip there by a British foreign secretary since 1992.

William Hague called his visit “a sign of Britain’s commitment to the people and country of Somalia,” while the Foreign Office said it “followed political and security improvements in the region.”