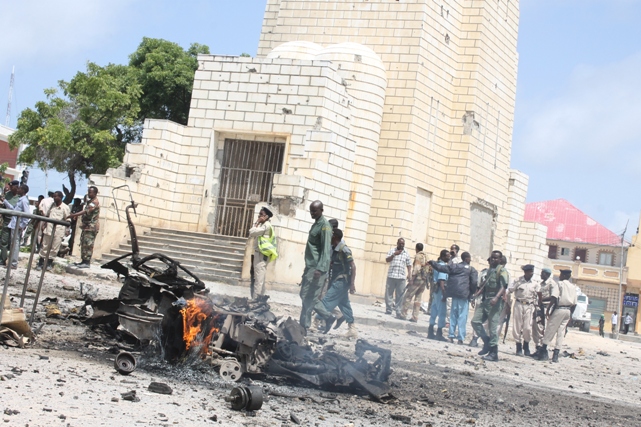 The loud blast, which targeted Somali security forces near Mogadishu’s Sayidka junction, was claimed by the armed group al-Shabab.

It was not clear how many non-military casualties there might be.

A suicide car bomber attacked a military convoy near the intersection which killed two soldiers and unclear how many forces injured. Security forces at the intersection of the Lord tried to stop a car with explosives but a driver speed is going to hit one of the vehicles that were there. There is so far no other information from the police at this time.