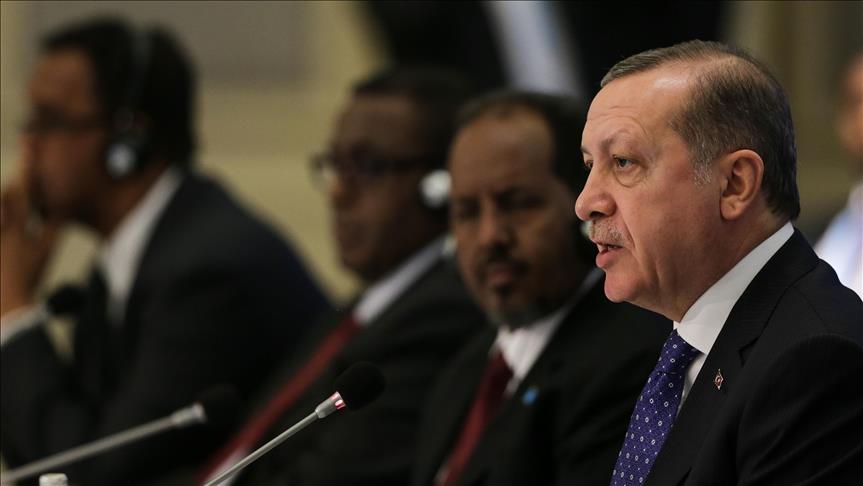 Turkey will continue its humanitarian activities in Somalia till peace and stability will be built in the country, Turkish President Recep Tayyip Erdogan said on Tuesday.

The Turkish leader and Somali President Hassan Sheikh Mohamoud held a joint press conference after they attended the Turkey-Somalia Business Forum in Istanbul.

“Somalia became a symbol for Turkey’s perspective on the African continent and our wish to establish brotherhood with other African countries,” Erdogan said.

The Turkish president also called on the international community to make investments in Somalia.